Gaming is a wonderfully compelling media, as it places you within a new world via a central character or even as a God-like figure. Meaning you can venture through the journey first hand, which is much more interesting than seeing it performed on a big screen (not a dig at films). Take Gus Van Sant’s 2002 film Gerry, where two guys walk through the desert, say very little to each other and it ends on a rather “eh” note. With a game, you can indeed add some neat dynamics and feel first-hand the struggles of the journey. Or it could be dull, tedious, and boring. When I first saw 35mm, I had my doubts, but playing through the campaign, I came to a conclusion that I wasn’t expecting.


A note to consider


So, as of the time of this review, the war in Ukraine has been going on for a few weeks now and we’re still in the pandemic of Covid. This game is set within a post-apocalyptic Russia and features a storyline where the world has died off after the outbreak of an Ebola-like virus. Now the game came out originally in 2016, and the timing for this release has been just unfortunate. But I feel this is a vastly interesting point, when a game can be so profound and haunting, due to real-world events happening. With that said, let’s get on with the review. 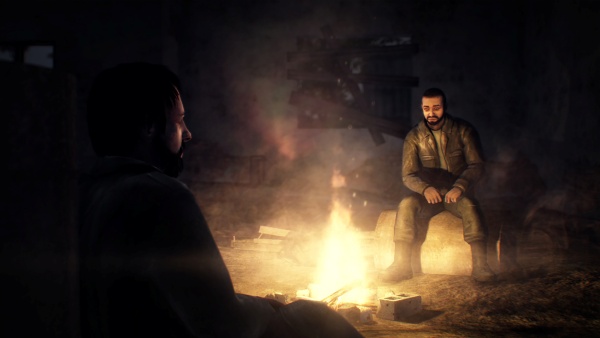 35mm is a post-apocalyptic survival game, set within the ruins of Russia after a global pandemic has wiped out most of human civilisation (Damn). The remains of humanity now live on the brink of total extinction, with food, water, and other supplies running thin. Nature has started to reclaim the husks of the big cities, with people either banding together for violent savagery to obtain what they need or travel the long road alone.

Players take on the role of a nameless traveler heading through the wasteland, who is accompanied by another man. Both men are traveling through the deserted towns, empty cities, and rural areas of Russia to an unknown goal. Along the way, they will have to manage their resources, meet others along the road, fight those who pose a threat and make some difficult choices to an unknown goal. Who are these men? What are they traveling towards? Will they find what they’re searching for? Or will their actions have devastating consequences on their redemption?

Explore the ruins of the old world, scavenge for food, medical supplies, and fight for your life when man or nature decides to be hostile. But also, capture the remaining beauty of the world via your 35mm camera, or the echoes of the horrors that occurred long ago.


A shroud of Mystery 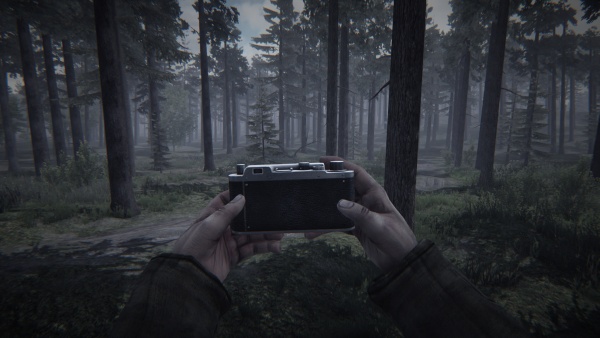 35mm is a game that enters that subgenre of titles, focusing on the end of days, or more so the aftermath of it. The journeys of the lonesome traveler who ventures forth with a goal in mind, yet only strives for survival through the bleakest of days. 35mm is not an increasingly depressing game, nor does it linger for long notes on the misery and faults of humanity, but rather an isolated tale of two men trying to get by, doing what it takes to survive, admiring the small things which remind them of better times. This is where the camera comes into play, as it can enhance the beauty of a dead world or simply capture the gruesome aftermath of the end.

35mm is also a simple game on the surface and an incredible slow burner in many regards. You play as a nameless wanderer, who speaks very little to his companion, passing through the forests as the birds sing, nature calmly expands and there is no one else in sight. You have your backpack, your camera, a few supplies, and a knife. That’s it. You walk the lonesome roads, you venture into abandoned buildings looking for supplies, you meet other people who may or may not pose a threat and you observe the world as it decays before you.

There are moments of rest, where you may have to do a simple task of fetching water from a nearby well or to run for life from a hungry bear. 35mm is often somber and quiet yet has moments of pure dread and escalation. You might be looking through the remains of an old hospital, before meeting a group of bandits, and things escalate into a brutal brawl or even an intense firefight. These moments didn’t feel as energetic or interesting, as some of the slow-burning quests, or the venture through the unknown lands where you merely observe the death of the world. 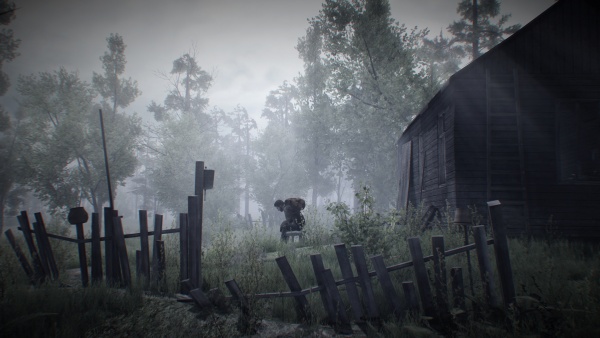 While it may not seem that interesting, seeing a story of two men wander through the remains of civilisation, with no known goal at hand. The story does get genuinely compelling, and with certain actions/events taking place, along with the developing relationship between our two wanderers, by the end you’ll be left breathless.

I don’t want to reveal too much, as I truly feel this is worth going in as blind as possible. But there are key events in the game that will have you biting your nails, as seemingly tough decisions must be made. Fighting off bandits and scavenging for supplies are the least of your concerns when faced with some of the tough choices to be made. There are events posing fairly straightforward choices, while most verge on the unknown and that grey area where you question your humanity.

This was the meat and bones of 35mm, along with the neat mechanic to take photos of just about anything and everything. Take an artist snap of the forest or remaining shell of Soviet architecture? Sure, why not. Why not take a photo of a lonely dog who waits by a dead campfire for his own? Yeah … of course. Even the darker elements of this world, such as a mass graveyard, or hanging spot can be captured and recorded, as a reminder of the harshness, humanity has to live with.

These were the components that drove the game for me, capturing life in this disgusting world through a camera lens and making the difficult choices really held my interest, compared to the other aspects of gameplay.

The survival mechanics are simple, yet fine. Where you must find food, medical supplies, and batteries to get by. Most levels are linear yet have a few branching paths and spots of interest you can visit, such as an old shed in the middle of nowhere, a burned-out car, or an empty camp, where you may find something useful. The environments are gritty and unpleasant, which is the point, and really feel close to what the world afterlife would look like. They’re incredibly simple and while the visual presentation looks like something from a 2012 Xbox 360 game, it’s hard not to admire the detail, design, and eerie beauty of this terrible world. 35mm does do a great job at capturing this long venture through the end, towards the unknown superbly well.

For the most part ….


The slowest of burns 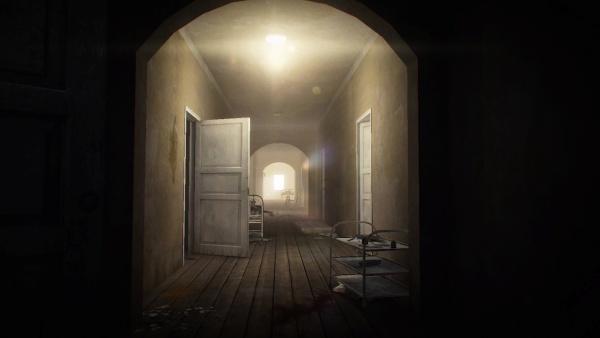 While the world, story, and certain dramatic elements are captivating, I have to say that 35mm can be an absolute drag at times, or just extremely clunky and tedious. The movement of your character is completely ridiculous, feeling as though he’s moving at the same pace as a pigeon. You can sprint, and that’s fine, but your companion, the other nameless dude, moves just as slow as said pigeon. This can leave you time to explore and do your own thing, but on repeated playthroughs, it can be tedious. Plus, there are limited places and things to see and find.

This slow walking speed really is painful in the first few levels, as you wonder about the vast open forests and there’s not much to see or do. Through the city areas, this problem is somewhat softened, but through the more complicated areas, it’s again can drag the pacing right down.

There are moments of combat, which are nothing to serve the story (I get that), but these were awfully clunky at best. With brawls being nothing more than simple QTEs, it lacks some proper feedback on what to do. And firefights faired a little better, but still didn’t carry much weight. These moments were far and from between thankfully and most of the game is about exploration.

The navigation can be a problem, with certain quest items blending too much into the environment and a lack of clarity can be a little frustrating. Such as finding a well, in a somewhat decent-sized town at night without much clarity on where it is. After 10 minutes or so of searching, I did find it, but with the slow movement speed, even using the clunky sprint, it was just such a chore.


Despite some of these grievances, I can’t deny that 35mm really had a hold of me until the very end. The literal slowness can certainly turn away some people who don’t give this game enough of a chance, and the clunky nature of the pacing and combat is not great. But overall, the journey was oddly fascinating, and tremendously satisfying at the end. I loved the haunting beauty of the world, the neat camera mechanic, and the escalating story which made me come back a second time around. While it’s not for everyone, I would certainly say that 35mm is worth checking out in the right mood. While it’s released at a pretty bad time, it’s a scary reminder that this world is worth fighting for. But on a lighter note, it’s a compelling and rewarding venture through the remains of humanity with some neat dynamics to excel into cult classic status.

+ Some neat mechanics such as the camera