Ghostrunner was a sweat pouring and stress-inducing experience that left many broken, and many other rewarded in such accomplishment. With a cool mechanical concept, of being an awesome sword-wielding free-running warrior who can kill anyone with one hit, but dies in one hit was actually a pretty big hit with players! How can you make that better and what is the ideal follow-up? How about taking one of the main bosses, Hel, and introducing us to her side of the story. Sounds promising, but can One More Level beat that glorious run they had with Ghostrunner? Or was it a one-hit-wonder?

(Please forgive all the one-hit puns …)


What the Hell is Project Hel? 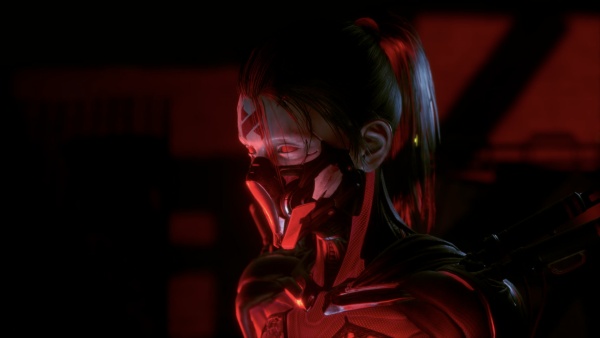 Project_Hel places us in the shoes of the vicious and cold-hearted Hel, an enhanced super-assassin whose trusty with a sharp bit of steel and has all the free-running graces of a professional climber. Awaking from her slumber during a high alert with the city under siege, Hel must gather herself and prepare for an onslaught like no other. Hel is tasked with protecting Dharma Tower, crushing the Climbers' rebellion, and killing anyone who stands in her way, even her own people.


Slice, Dice, and make it nice!


If you’re unfamiliar with the concept of Ghostrunner, let me fill you in. You play as a sword-wielding bad mo-fo, who has exceptional parkour skills, which allow you to traverse a highly vertical, and hostile world. The Dharma Tower is a mish-mash of dystopian, cyberpunk galore and requires light feet and steel nerves to climb to the very top. Thankfully, Ghost has that and so does Hel, but with a few new tricks up her sleeve. Hel can jump much further, allowing a grander sense of exploration and traversal tactics. But she also is equipped with new skills and a powerful new ability known as Surge, allowing for a powerful striking attack, useful for crowds of enemies, shields, and control panels for locked doors. As you can see, there are some new layers to the combat, with interesting crowd control maneuvers, where you can save up your surge ability, build it up, and unleash a devastating barrage of blows. Or use it in one of the many environmental puzzles on show.

The core mechanic/gameplay element, which is the main selling point, i.e. one-hit kills you instantly, is still here and remains the highlight of the show. Despite the new additions, only having the single Hit-Point is still the most intense and dynamic part of this Ghostrunner DLC.

So, control Hel, venture through the level by level, take out those who stand in your way, become more powerful with each kill, and accomplish your mission at any cost. All and all, while not getting hit the once. There are plenty of cool secrets to obtain, adding a few layers to the lore and world-building, along with some new skins for your swords, and more impressively, bigger swords to wield. 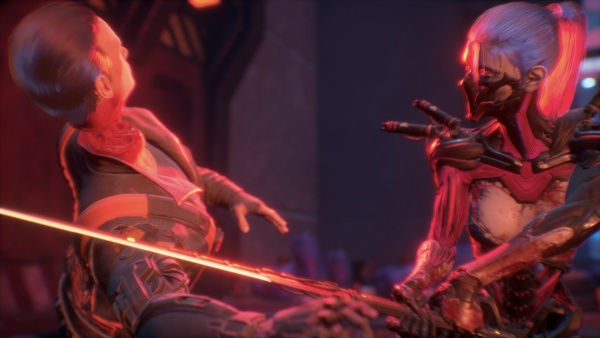 The formula is generally the same, with players entering an area with a number of hostiles, all of whom need to be taken out as quickly as possible before they hit Hel. Arenas are varied, with plenty of coverage, advantages for you and the enemies, along with featuring more verticality and drops to your death. Hel is able to jump further, and this new feature will be tested to the limit, with many, if not most of the arenas all being based around vertical momentum and avoiding a fall to your death while taking care of those shooting at you.

Expect to die, a lot, and retry the same areas over and over. Thankfully, there are no long loading screens, as the death and restarts are instantaneous, and checkpoints are thankfully plentiful. And most levels and arenas are not long at all or overly complicated. Each combat encounter feels like a puzzle, and it's up to players to decipher the order or enemies to kill or to use various aspects of the environment and Hel’s skills to survive long enough, to finish the job at hand.

The design to most arenas was grand, with a confident amount of complexity, a really great sense of enemy layout, and with the use of Hel’s abilities, you can expect to have lots of fun figuring out the route of your attack, which enemies to slice first and using the environment to avoid death is utterly thrilling. With big set pieces and bosses featured as well, you can expect some intense, rear-end clenching moments, which are immensely rewarding when you finish. The longer set pieces and more complicated combat arenas are a slight issue, but I’ll touch on that later.

Hel is also granted a series of abilities, which allow her to boost more times in a row or deliver a much wider spread with her Surge’s slash attack. While the game does not prompt this feature at all, and I didn’t find it out until level 3, there are some incredibly useful abilities here which really help.

The world is beautifully designed, looking sleek yet decadent, with lots of nifty parkouring required to make it from point A to B. And it seems One More Level has taken a note from DOOM’s book and decided to place lots of cool secrets across the game world, out of reach, yet rewarding to find. It was such as breath-taking experience to venture through the world of Ghostrunner, where I could easily screenshot most areas I went through. 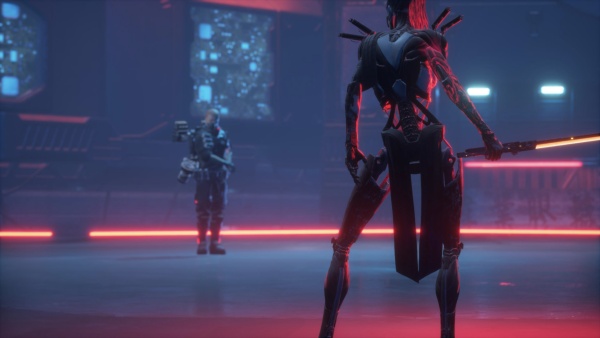 If you wanted more of the same with this Ghostrunner DLC, then you won’t be disappointed. I’m really glad that One More Level found their stride and continued with it without taking away from the core experience which made them recognisable.

Although Project_Hel does leave me with some doubts on the future of Ghostrunner and how limited this one-hit mechanic is. Ghotrunner was an enjoyable experience, which pushed this mechanic as far as it could. Hel’s venture adds/tweaks some new features but doesn’t add anything truly new to the formula. Now it might be a little presumptuous of me to think this simple DLC could expand on the core game in such dramatic ways, but previous DLCs and expansions have before. Usually, DLCs are a great way to test out new ideas and build on the core game. Project_Hel is a nice addition, but overall, I’m not sure this awesome mechanic could be expanded on.

It's also a bit of a painful mechanic too when the trial-and-error side of things is so rapid and can at times ruin the flow and pacing. Imagine a big epic set piece that repeats so much in fragments that it’s not enjoyable at all. The first boss in Ghostrunner tip-toed on that line of engaging and infatuation, as longer set pieces and events don’t go well with this mechanic, especially when the learning curve is so steep at times.

Project_Hel also suffers from overusing too many powerful enemies in some arenas, or making the environments clunky and clutter, meaning you can jump, hit something on a ledge like a create and fall to your death. Again, the mechanic can play against the other elements here, especially if a combat encounter is overly long or clustered with lots of enemies and little advantage to you.

The main saving grace is the liberal checkpoint system, and having so many safety nets means you can keep going. But this type of mechanic requires a lot of discipline when designing arenas and setpieces. Making events too long without a checkpoint, or having too many enemies swarm you with very little breathing space, can result in quite a lot of annoyance. I had hoped since the core game, the developers may have worked on these issues, but there are still moments when the game’s pacing and general flow just repeat too much.

I can understand that it’s up to me to learn quickly and keep moving. But with the longer set pieces, an overuse of powerful enemies, and Hel taking only one hit, despite being a powerful cyborg assassin (like, what the f***), you can see why frustration might arise. Plus, being in first person, you can easily miss an incoming sucker punch.


Despite some small issues, the general formula and gameplay loop are still absolutely enthralling in Project_Hel. The intense life or death approach to combat is thrilling as ever, with a greater sense of exploration and some neat lateral elements added in to make this more than a basic run, slice, and dice kind of game. Project_Hel really feels like the highest note for this mechanic and a worthy addition to the Ghostrunner base game. While I have my doubts about where this mechanical concept could go, I’m sure One More Level can deliver either on a sequel or produce another fun and amazing IP. If you loved Ghostrunner, then definitely check this out. If not, I’d still say check it out and give this immense concept another go.


An Xbox review code for Ghostrunner – Project_Hel was provided by the publisher for the purpose of this review.