Aren’t you looking forward to the future? When everyone works for the state, spends most of the day in an office and the only joy comes when viewing the trash that’s on TikTok on the evening train home …. That might be happening now actually. The Plane Effect takes us into a bleak reality, where you think having to commute from London Cannon Street on half a service was bad, well you ain’t seen anything yet. A dystopian adventure game where you play out an immense journey home with themes of freedom and belonging. What’s not to like?

Does this dystopian puzzle game hit all the right notes, or should you rather stay late at work?


What is the Plane Effect? 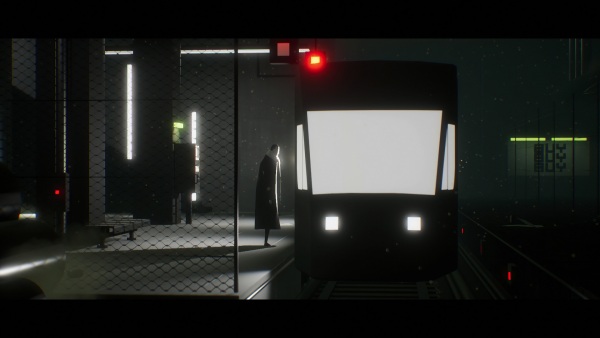 The Plane Effect is a dystopian isometric adventure game, where players take on the role of a lonely office worker as he attempts to return home under the weirdest circumstances. Basically, imagine the worst commute home after a crazy night out and you have to take several night buses, take a walk through Peckham at 5 am, and have to track back to find the keys you’ve dropped.

With a story that centers on a lonely office worker venturing their way home after the last day of their miserable job. However, soon after starting their journey, the lonely office worker notices that reality is reshaping, bending to the will of an unknown force and becoming more distorted with each step taken.

What is happening to reality? What is behind the strange occurrences, and will our silent protagonist make it home? 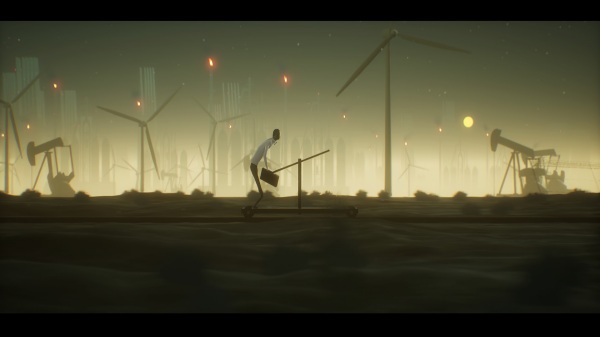 Much like other titles such as Limbo, The 7th Sector, and the Play Dead’s INSIDE, The Plane Effect has an extremely simple yet engaging framework. Players will explore a number of locations, solve puzzles, collect items, and complete platforming sections with the goal of making it home in one piece. Players will be interacting with a wide selection of problems, ranging from the simple situation of finding a train ticket at a deserted metro station to foiling more sinister and complex conundrums.

Puzzles do vary from simply finding a key card to open the office exit, to navigating through oncoming traffic while chasing a brightly colourful bird to a certain spot. Later in the game players will come across more outlandish obstacles, such as having to eject your car over a destroyed bridge via a makeshift slingshot. There are a lot of weird encounters and situations which seem utterly bizarre, but that’s the nature of the game.

The Plane Effect really does expand on its core and incorporates a lot of different events and small gameplay mechanics over the course of its 6 or so hour campaign. Unlike other games similar in nature, where they fixate on a few, The Plane Effect really does give you an ocean of interesting ideas, but never goes too far with most of them. However, there are still plenty of fun moments when everything clicks, one of my favourites was navigating a segment via a boat, in an area that was infested with sea mines and sharks … really pushing the envelope and my patience at times, but overall I had to give credit for such a bizarre and fun setup.

The Plane Effect does offer quite a few situations to resolve and many of these have a large dose of creativity. But the creativity also spills over its atmospheric world and trippy walking segments, which will overwhelm you with awe and tension. You will truly feel the “effect” of this journey (ha, puns).

The game is visually stunning at times, with its simple blocky design for environments and character, but enhanced by the complexity of the world design, the oppressive undertones, and the beautiful use of bright lights and carefully executed colour dropped through the world is simply beautiful.

The trippier moments, where the world drastically changes are some of the best I’ve seen in a small indie game in recent memory.


What does The Plane Effect do well? 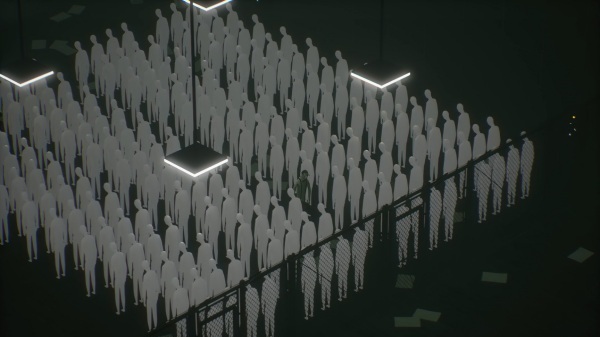 What I feel The Plane Effect does well is creating a long, surrealistic journey, with interesting problems to solve, some unique solutions, and giving players a genuine mystery that unravels elegantly until the very end. Only to leave you in somewhat a state of disarray and confusion, after such a long and powerful venture through the weirdness.

I give a lot of praise for the variety of situations at hand, how most of them are handled, and what they take to solve, along with some fun platforming sections too. This is a visually stunning game and does stand above quite a few others in the genre.


What The Plane Effect could do better?

What it could do better? There are indeed a few encounters in The Plane Effect with some of the most tedious of moon logic I’ve seen. Or simply the resolution requires too much time to figure out with long-winded trial and error or infuriating backtracking. This isn’t helped much by the clunky controls, which do become a problem in certain platforming sections, meaning they would be better if control felt smoother.

It’s not on the same level as INSIDE, which is a near-perfect game due to its focus and making changes in gameplay and epic event, but I do apricate The Plane Effect’s much slower pace and variety. Even if the journey here could’ve benefitted more focus. But I appreciate the direction as it fits the immensely oppressive themes and the mystery at hand. 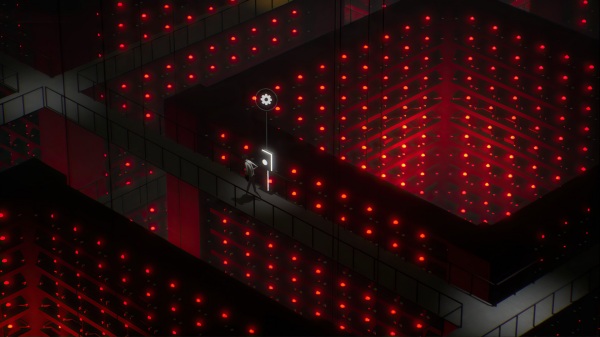 I feel many people will look at The Plane Effect and say “Ah another trial and error, Limbo-like game for me to play”. Without realising it’s a little more complicated than that. It does indeed want to be part of the crowd and offer a similar venture as INSIDE or Stella but from a different angle. The slower burn to the venture and mystery is very captivating and the expanded range of different encounters, events, and weird solutions to many of the problems is really charming. While it could’ve been more focused, refined with its controls, and dealt with certain puzzles more maturely, I do recommend The Plane Effect for its oppressive, personal, and very bleak venture into the unknown.

A Steam review key of The Plane Effect was provided by the publisher for this review.