Classic survival horror formulas have seen a return in recent years and many of whom capture the essence of the golden age very well. But very few improvements on the formula in meaningful ways. Song of Horror looks to deliver a dark and very intense experience featuring multiple characters, very few means of defending yourself against an unspeakable and supernatural horror, and more importantly, perma-death!

Can it stand above the rest and leave the competition in the grave?

What is Song of Horror? 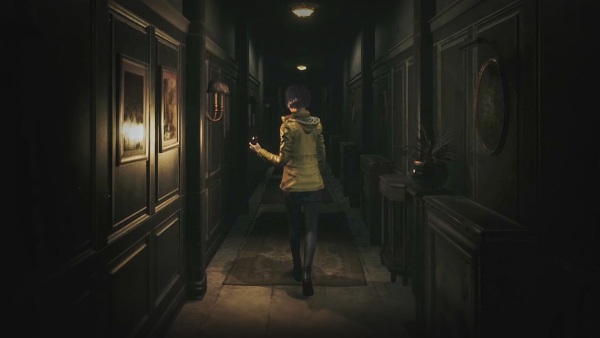 Song of Horror is an unnerving tale centered on a cursed music box and one with thematic elements akin to Lovecraft and the unknown. Taking inspiration from a select few of HP Lovecraft’s work, Song of Horror dives headfirst into the bleak darkness, with a cast of characters looking to solve the origin of the mysterious and deadly music box before they are absorbed by the dreaded supernatural force only known as The Presence.

Taking our cast of characters from the likes of a spooky house, spooky antique shop right up to a spooky old abandoned Mental Hospital! Players will have to solve tricky puzzles, hunt down key items and where to use them correctly, and fend off against the never-ending pursuing Presence before it consumes one if not all the characters.

So, what you get with Song of Horror is something very akin to the 2002 cult classic Eternal Darkness, where you control several characters venturing through different locations where you must solve puzzles, key hunt and discover clues in order to solve the mystery of a certain possessed item. There are plenty of dynamic elements with randomised frights, encounters with the menacing Presence and small tricks from the game to keep you on your toes and feeling ever so slightly mad.

It’s a captivating setup, taking elements from the aforementioned Eternal Darkness and the likes of Call of Cthulhu, Supermassive Games such as Until Dawn, and the critically acclaimed classic Obscure, where perma-death plays a massive factor in the venture.

Renowned writer Sebastian P. Husher has gone missing, along with his entire family. Could it be a publicity trick? Or has something terrible happened? His publisher is extremely worried and decides to send out a trusty assistant to his home to find out what is going on. Yet the disappearances mount up as soon the assistant is not heard from and here is where the main story starts.

After a short investigation of the house, we discover a possible connection to the unknown evil simply called The Presence. A sinister music box that appears to warp the surrounding area that houses it, bringing forth to our world all kinds of unimaginable evils.

What Song of Horror does well in regards to this tale of the cosmos and unknown, offers a chance to play one of 13 characters throughout the main story. Each chapter will give players a choice out of several characters to play, each with its own strengths, weaknesses, and a connection to the central plot. The leading character is Martin, the assistant to the previously mentioned publisher and the first to go missing in the story (as you may guess, we do find him for chapter 2). But there are other characters, such as the publisher himself, Martin’s co-worker, and ex-wife along with a few random characters such as Sebastian P. Husher’s groundskeeper to a police officer who finds himself in the wrong place at the worse possible time. 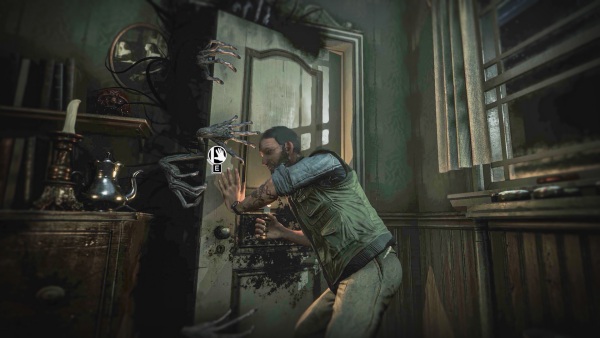 Each offers their own insight on the events occurring and the overall investigation. This will allow them to examine the same objects and clues but with different perspectives. Even down to simple and unimportant observations. For example, Martin will examine an old Samurai and spout out how much he hates anime (I completely relate to this …. Joking). It’s rather random at times, but I do admire how much detail has gone into each character, with their varied personalities, their strengths, and grasp on the supernatural.

The story will slightly shift, depending on which character you choose for each chapter, but more importantly, who dies in each chapter. If your chosen character does die, then you will need to play as another and continue (you can turn off perma-death, but it is a nifty mechanic).

Overall, the story is pretty solid, even with all the classic or cliché elements of cosmos horror being present here. Everything from the pacing, unraveling of the mystery, and character development is handled very well. Adding the varied line-up of playable characters does help flesh out the plot overall and adds plenty of replay value.

There are plenty of clichés however and many more moments which just make no sense. For most levels, the characters aren’t trapped and can leave the area at any time. I don’t know, me personally, I would either bring more people along to a spooky house or leave as soon as I saw The Presence for the first time. There are other odd moments, more relating to puzzles, but they still stand out. Small things such as having to take care of an exposed electrical wire in a house … that has no power. Small things, but there are quite a few of them. 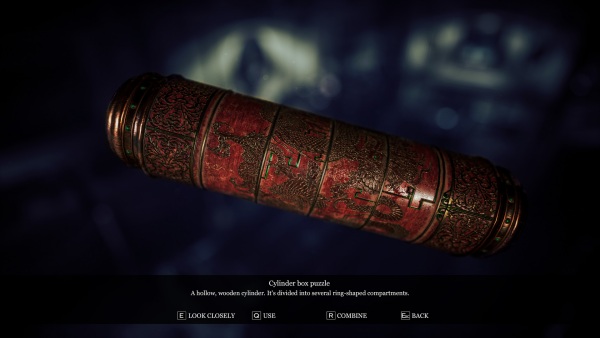 Song of Horror focuses on exploration, puzzle-solving, and some light evasion/combat mechanics all within several chapters centered on the mystery of a sinister music box.

Players will be given a choice between several characters, each venturing to a certain key location for any number of reasons. Whether it's to find a missing character, look for clues on the origin of the music box or simply to find some spooky s***. Expect to find key items, solve brain-teasing puzzles and evade the deadly entity within each location.

It feels very akin to survival horror, more so a classic 2000’s title where firearms were reduced and players had to rely more on their wits and observation skills. What is Song of Horror’s key selling point is its “dynamic terror experience”: with an antagonising supernatural entity known only as The Presence, that haunts you throughout the journey. You may be walking down a corridor and all the doors will begin will open and close erratically. There might be whispers coming from the darkness or even more deadly is The Presence trying to enter a room you are in. In this case, you must block the door with your body or hide. There are multiple variations of this, whether you must hide, block a door, or remain very silent to avoid detection. Plus there is a neat mechanic where you can listen through the door and hear if an enemy is behind it.

These moments are unscripted for the most part and usually unexpected. Plus, very terrifying as well! But some you can see coming from a mile away and the monster designs are a little cliché again.

But the other main selling point is the perma-death feature. Not only will The Presence get you, but simply climbing out a window that has no scaffolding is also deadly. Or sticking your hand into a sink with pitch-black water. You have to make sure that some choices you make, items you examine, or interacting with certain NPCs won’t kill you. It’s up to you to use your wits and make the right call. Very unnerving and very gripping from start to finish.


What Song of Horror does well? 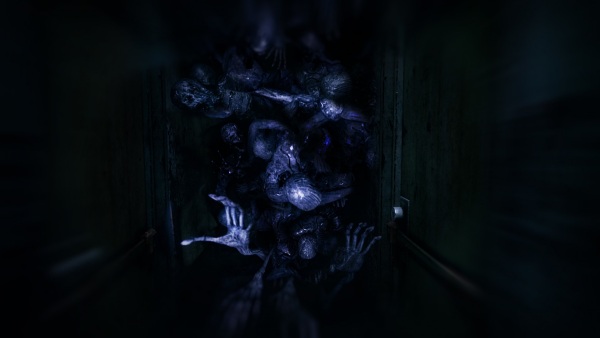 Song of Horror creates an unnerving atmosphere that’s rich and sickly, keeping you on edge throughout the journey. Featuring great concepts such as randomised encounters and perma-death only heighten the tension and truly make this one of the more dynamic horror experiences in recent years. The story is really engaging for the most part and while, a little tropey and cliché, it does handle the subject and themes very well.

There are plenty of scares that will randomly appear, most are effective and timed well, which adds tension to simple things such as key hunting and exploration. I found many of the puzzles to be great (although some are just awful) and the world-building was phenomenal at times.


What Song of Horror could do better?

The fixed cameras can be infuriating and at times make it difficult to see where you are going or where certain items are. With certain cameras being too far away or in an obscure place, can make missing items or not seeing a door very easy to door … repeatedly.

Song of Horror also has some of the worst Tank Controls I’ve played with. This is someone who played the original Resident Evil back in 1996 and felt the controls back then was more responsive. I kept hitting invisible barriers, doing a 180 when the camera changes, and overall felt the controls were too stiff and very clunky. Especially annoying when you must run from some unseen evil that’s chasing you.

Plus, as previously mentioned, some puzzles are awful and make very little sense. Bringing the pacing to a halt and just killing the great vibe on offer.

I can highly recommend Song of Horror but can see the negative points I mentioned being too much for some players, even hardcore survival horror or old school survival horror fans. The level of depth in the perm-death feature along with the random encounters really heightens the tension and mood. The story is solid, if not a little typical, but having a wide range of varied characters does flesh out certain elements and adds plenty of replay value.

Song of Horror is definitely worth checking out.

A PS4 review copy of Song of Horror was provided by the publisher for the purpose of this review.