Do you know what is amazing about gaming nowadays? While AAA gaming has picked up some bad habits over the last few years, it is great to see the landscape of developers expand further than ever before. Meaning more and more people can make the games they want. Even games about Turnips dealing with Tax Evasion. But also, the number of call-backs and throwbacks to a golden era of gaming, the ’90s. Back then, adventure games driven by strong narratives were king and now, they are slowly making a comeback. Beautiful Desolation is a love letter to 90’s isometric, adventure games and looks to push the formula even further with some neat tricks of its own.

Will Beautiful Desolation continues the popular trend of returning 90’s adventure games, or should it be a thing of the past?

What is Beautiful Desolation? 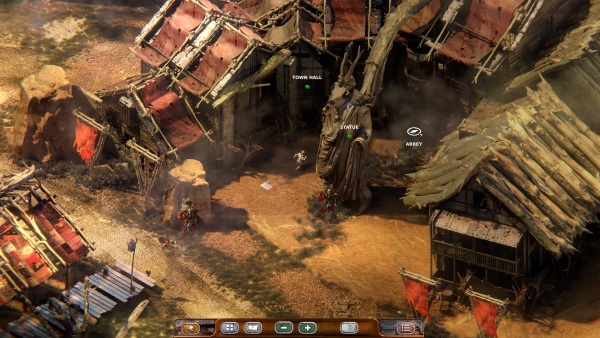 Beautiful Desolation is a top-down/isometric adventure game, heavily inspired by those released in the 90s. Back then, technology was still limited but these games instead of focusing on action or family-friendly fun decided to take a much darker, story-driven path. The likes of Fallout were born in this time and Beautiful Desolation takes many notes from these classic games.

Players will take on the role of Mark, just your everyday kind of guy who suddenly finds himself trapped in the distant future looking for his brother. After a strange object arrives on Earth in 1978, the world is changed forever. Technology evolves light years ahead of anything made by human beings and reshapes civilization ready for new frontiers. However, upon the objects arrive it caused many to die, including Mark’s wife. The object has become dormant and floats above the ocean off the coast of South Africa. Mark and his brother decide to investigate the gigantic object for themselves and are thrown hundreds of years into the future, after a traumatic event that has left the world in ruin.

Explore a strange and eerily wonderful looking post-apocalyptic world, solving puzzles, meeting new friends, and making powerful enemies as you search for your brother. As you embark on your journey, Mark will be caught between major conflicts where you will have to decide who to support, quickly fast, and make bold choices that will have everlasting consequences.

Be prepared to face the many tough choices that will mold the land before you and long after you finished your journey. 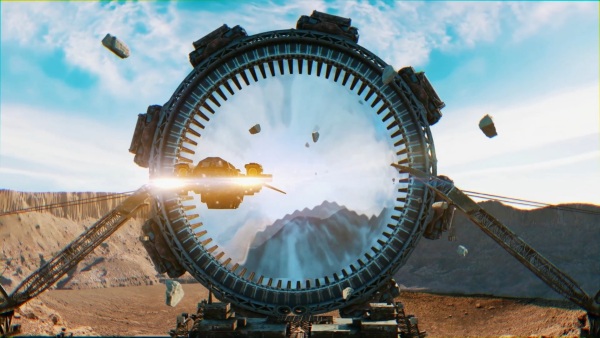 For those old enough (myself included) who remember the heyday of the ’90s where these types of games were king. The likes of Fallout were immensely popular and now have their loyal cult followings. Beautiful Desolation is everything you could dream of if you have been waiting for something like this to make a comeback. It’s an amazing homage that hits all the right notes in terms of storytelling.

Everything from the main story, world, and lore are vastly compelling and the journey to rescue Mark’s brother Don is one that is centered on a captivating mystery, interesting conflicts, and above all, meaningful choices that will have you filled with joy or sick to your stomach.

The inhabitants of this world are all varied and pretty cool to interact with, offering moments of humour, tension, and gravitas. The voice work is also pretty good, having that odd quirkiness I’d expect from 90’s game voice actor. The kind of voice work is so much better than the original Resident Evil game but quite surprising on how well some of the actors deliver their lines, creating memorable and fascinating character exchanges. As you navigate the spectacular African-inspired landscape, you’ll see how much detail has gone into the world design, from bustling villages, decaying cities, the dried-out ocean beds, strange towers made from organic materials, and the dead forests which were once lush and green. Everything is presented and designed beautifully, making a good case that 2D can just be as beautiful as any PS5 game.

This is a very story-heavy and dialogue-heavy game, so expect to be doing plenty of talking, discussing important matters, and having to deal with people, such as village chiefs in or-dered to gain passage and continue your adventure.

I say this as Beautiful Desolation is not really a game like the original Fallout, where com-bat and strategy were a big part, instead of its more diplomatic. There are some moments and set pieces where action and fighting do occur, but this is more a game of exploration, problem-solving, and using words to overcome a tricky situation.

All of which works due to the high level of writing behind the story, the world lore, and every character you meet. 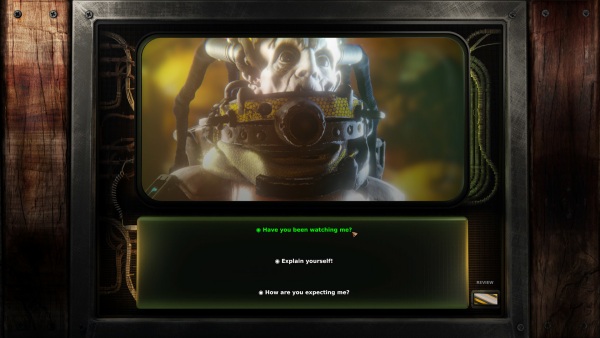 As mentioned, Beautiful Desolation is a game more focused on lateral elements and discussion, rather than combat (even though there are moments of combat). What the developers have achieved is fairly strong for the most part. The world is amazing to explore and the people/things you'll be speaking to are all varied and interesting. The story is strong, but what does feel a little underdeveloped in comparison are the mission objectives. The bulk of objectives consist of is finding key items, interacting with certain people in order to gain more info, and at certain parts of the game, use certain mechanics to hack, combine or destroy certain objects and rinse and repeat if needs be.

For the most part, the flow of certain resolutions feels natural and timely. At other times, the solutions can be a complete arse-ache to figure out. Reminding me of what the main problem with 90’s gaming was and that was moon logic. I’ve spoken of this before in some other reviews, but moon logic is the term used for a situation where the solution is completely convoluted, overly complicated, and only makes sense to the person who made it. 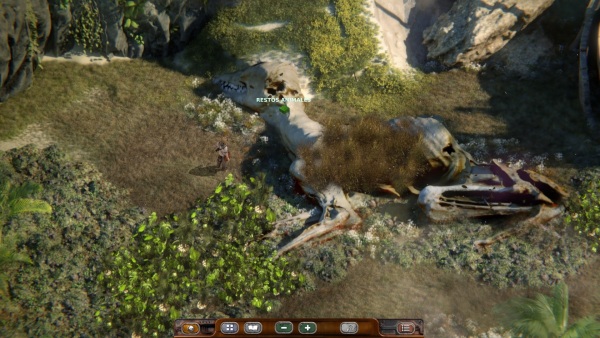 I will be honest and say I used a guide in a couple of moments, as the solutions for some situations were utterly ridiculous. It's not as bad as say, the infamous 90’s game Martian Gothic, but it does come close and even exceeds the most outlandish puzzles in games such as Fallout or Broken Sword. However, I feel the biggest problem with Beautiful Desolation (and it's something akin to classic adventure games, and even modern ones) is the overuse of fetch quests and the underwhelming combat sections (when they happen). I did feel at one point that the developers were intentionally adding in so many of them as a joke or they just didn't realise the level of repetition they were implementing. Thankfully, not many of them go overly long but the number of them in the game is a little much. Plus the tedious backtracking on top of that can slow things right down. I wished there were more interesting mission types or more moments that brought about random mechanics, even if they were one-offs.

Combat is also another area of concern as it's just often a test of luck, repetition, and lacks any real challenge. I feel it could have been developed a little more or better yet, just removed. As it doesn't really amount to much of the overall experience, compared to the great story.

Regardless of these moments, the remainder is still pretty strong as it is. From a fascinating world to explore, interesting people to speak too and some cool pop-up mechanics here and there to break up the flow a little when needed.

Side notes to mention

The music for Beautiful Desolation was conducted by the legendary Mick Gordon and like always, he does an amazing job with the in-game music and compelling scores. This guy can do no wrong and proves he is one of the best in the industry.
On a less positive note, there were a few bugs to mention during my time with Beautiful Desolation. Thankfully, nothing game-breaking, and hopefully these will be fixed in later patches.

Beautiful Desolation is a perfect call-back to the great era of isometric adventure games. Which in some ways can be a good or bad thing depending on your taste. While it has everything great about the genre, from its classic and engaging storytelling to an immense world to explore and discover. There are the other things that have come along from the 90s, including the tedious mission objectives, backtracking and there is the jankiness at times. Plus the moon logic solution to a rather long puzzle holds it back a little. It's still a heartfelt homage to an era of gaming that brought us meaningful stories, intelligent gameplay, and above all, the likes of Fallout. Beautiful Desolation is the perfect homage, that pays tribute and does its own thing beautifully. In both a great ... and not so great way! Definitely worth checking out nonetheless.

A review code of Beautiful Desolation was provided by the publisher for the purpose of this review.