For me, it has been a while since I’ve played a decent Metroid-Vania game and I can’t believe there aren’t more out there. Metroid-Vania titles are often lavish, complex, and utterly engaging, and no matter what the theme or story, you are always bound for a dozen or so hours of fun exploration, intense combat, and rewarding problem-solving. So thankfully, a small indie developer by the name of Rootless studios has decided to bring us 8 Doors: Arum's Afterlife Adventure. A charming and rather quirky 2D Metroid-Vania that is heavily influenced by Korean folktales about the afterlife.

Will this be the Metroid-Vania title I’ve been waiting for? Or should I just wait for a re-release of an older classic?

What is 8 Doors: Arum's Afterlife Adventure? 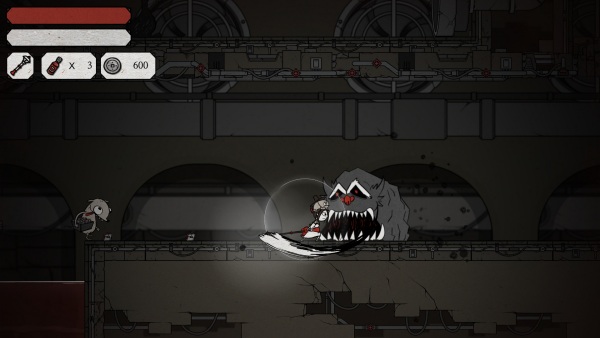 “8Doors” (as the developers put it) is an action platformer Metroidvania which is heavily influenced by Korean folktales centered on the afterlife. Players will take on the role of ‘Arum’, a brave young girl who embarks on a journey to explore the realms of the afterlife in search of her father’s soul.  You must help guide Arum through the '8 Doors of Purgatory' to gather clues on where her father is, defeat powerful Wraiths who want to stop your search, and solve the mysteries that lie ahead.

Players will explore the vast and beautiful realms of Purgatory, navigating through 8 different areas each with their own enemies, obstacles, treasures, and allies for Arum to meet. The road ahead is dangerous, but Arum will do everything to save her father’s soul.

8 Doors: Arum's Afterlife Adventure follows in the same footsteps as Ori and the Blind Forest and other titles which centres on loss, redemption, and family. It is a heartfelt tale of a girl doing everything to save her father’s soul from Purgatory, which is filled with wonderous characters, high stakes, and a compelling mystery that will keep you invested until the end.

The story is simple, but one you can engage with quite easily. The denizens of Purgatory are a mix of witty, charming, and lovable characters, looking to aid Arum in any way they can (even at a small price) and those who want nothing more than to cause harm to those who cross their path. The world is dense and the host of characters, enemies, and bosses you meet are varied and interesting. I found many of the bosses to be chilling and having Arum face off against them provided intense encounters at times.

The world-building is incredibly strong and the likes of Arum’s sidekick, a chatty and self-centered frog helps to bring in elements of humour, intensity, and tragedy. What only stood out as a negative was the pacing, or more so how plot points were driven.

Writing for video games is hard, writing for anything else is also hard, whether it’s comic books, TV or films. Having events unfold naturally is difficult to pull off but can be done with the right catalyse. For instance, in Resident Evil 7 (some spoilers here) Ethan finds himself in the Baker House, he manages to escape the house, but is told in order to save his girlfriend, he needs to find the remains of a deceased experiment. He does but things take a turn for the worse when a background character comes to the foreground and causes more problems for Ethan.

While not massively original, it does flow and works well for the type of game Resident Evil 7 is. Arum is told to go to one place after another and at each new location, she will defeat a boss, and be told to head somewhere else. It just felt way too simple and a little lazy to be honest. It came across as what Mario puts up within the old games, beat a level, get to the castle, and be told the Princess is somewhere else.

I know other games do this, like Braid (2008), but it’s here to be mocked and actually has a good twist at the end. While Arum has some great moments and a satisfying end, the events and major plot points flow rather tediously. But still, this is nothing that ruins the game at all. 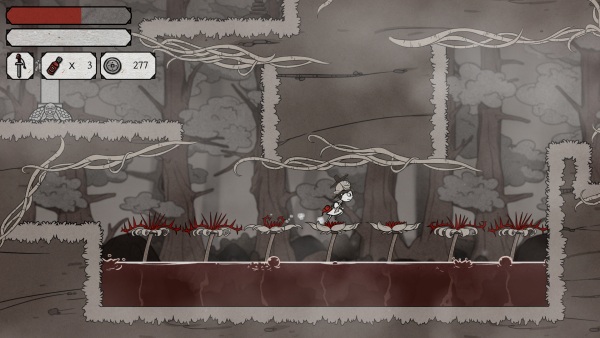 8 Doors doesn’t offer anything new or exciting in terms of combat, or character progression for a Metroid-Vania game, but what it has is solid enough. Players will explore Purgatory, fight monsters, and increase their power through obtaining new skills or acquiring new weapons.

Arum can find and equip new weapons, each having their own use against certain enemies and objects in the environment, making them useful in combat of course, but also while exploring. Players will find wandering spirits, looking for escape and orbs that will increase Arum’s power, health and unlock new skills, allowing her to progress further into Purgatory. Her sidekick Frog also lends a hand too and can be given new powers to aid in combat and exploration.

Arum will explore a vastly complex world, broken up into 8 regions, each with its own dangers and rewards. 8 Doors is like any good Metroid-Vania and starts off simple enough, but the world soon opens massively as you progress and complete main tasks. Multiple paths open, unlocked by key items you’ll discover, and backtracking to claim rewards with new gear is extremely satisfying and a must in order to become more powerful.

There are plenty of secrets to discover, puzzles to solve, and hidden areas waiting to be found for keen explorers. Those who enjoy exploring every corner of the map in any game will be rewarded handsomely for their efforts. Arum does so well in creating a compelling and fun world to explore. Although it is one that can be tough to navigate at times and elements such as fast travel are limited. Although checkpoints are frequent, Arum is still a tough game at times.

And this is one of the main points 8 Doors makes at the beginning, that the journey ahead is challenging and dying will be frequent. It is a game about learning from your mistakes, taking your time to complete goals, and being cautious when venturing into new areas. But thankfully, Arum is not punishing like many other games, as what you will lose is coins collection after your last checkpoint. But be aware, as finding a treasure chest, taking the loot and dying will not reset it. 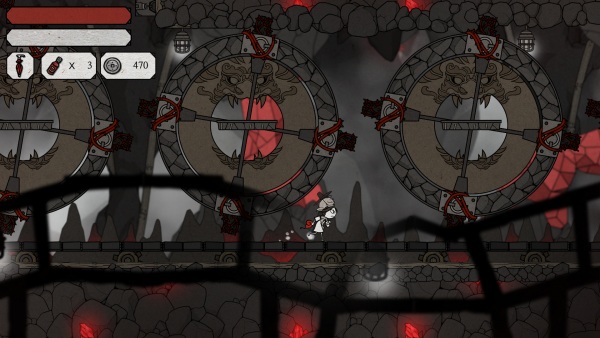 As for the rest of Arum’s adventure, you will fight against a large variety of monsters and foes, standing between you and your father. There is a good mixture of enemy powers, whether their focus is on ranged attacks, being super strong but slow, or those who are quick and cunning. Players will have to learn quickly and remember behaviors and patterns in order to pass by without much damage. Boss encounters are quite good, each one having its own style of attack and maneuvers to avoid. Certainly, providing a hearty challenge at times.

Sadly, I wished there were more big bosses, those types of bosses which fill the entire screen and bring out so much dread and tension that players break into a cold sweat but feel amazing when they defeat them. There are a couple of moments with a gigantic foe, but these did not feel as fluent or polished as big boss encounters like in the Ori games.

But overall, 8 Doors does extremely well with its dense, complex, and enthralling world, where keen explorers will find loot, power up with new skills and take on a great variation of foes during their adventure. 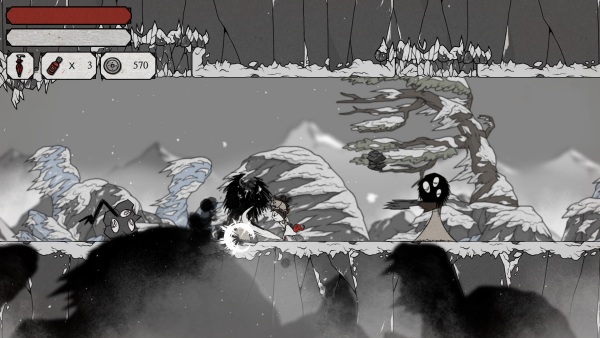 Lastly, 8 Doors offers some exceptionally beautiful artwork and great presentation. While its simplicity might not seem to compare to the likes of Ori, I feel its low-key art style matches the tone and themes of the story beautifully well. Considering this is a small developer, drawing out multiple locations, enemy types and animating a whole world in detail, is something to truly appreciate and admire.

8 Doors: Arum's Afterlife Adventure is a wonderful Metroid-Vania title and one that should be played by fans of the genre. We do not tend to get many games like this and many of them which do come out aren’t as compelling as 8 Doors or any other classic titles. The art style is wonderful, the world is rich and immersive, and the gameplay is solid and fun, while not excitingly new of course. While there are a couple of small bumps in 8 Doors, it is otherwise a mesmerising game at times and a damn good Metroid-Vania which Rootless Studios should be proud of for making.

A Steam review key of 8 Doors: Arum's Afterlife Adventure was provided by the publisher for the purpose of this review.