Do you know the wonderful thing about gaming nowadays? Gaming is so expansive and inclusive, that we are seeing stories and gameplay mechanics from a wide range of creators. We can experience whole new worlds and visions that were not possible, even ten years ago. With games such as Agony, developers and storytellers can us to much darker places, with no limits on what the imagination has to offer, no matter how depraved. But there’s always a right way and a wrong way to do this.

Lust From Beyond is Movie Games Lunarium's latest dive into the world of lust, madness, and the unknown. But do these guys manage to pull off a game with such bizarre and disturbing subject matter?

What is Lust from Beyond? 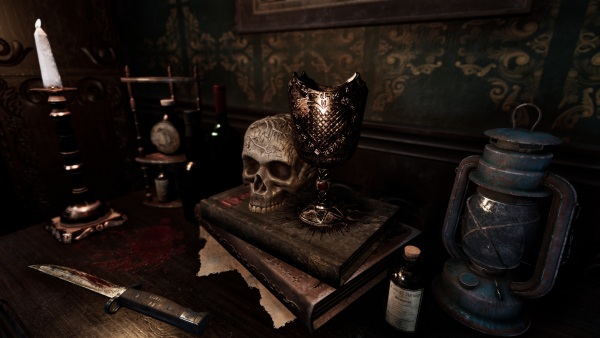 Players take on the role of Victor Holloway, an antiquarian who has been suffering from horrific visions and nightmares. He keeps envisioning a land unlike nothing seen before. Not human, not alien, but something much more sinister. A place where there is no difference between pain and pleasure. These visions are taking their toll on Victor, on his life and relationship with his long-term girlfriend, and after one eventful night, Victor decides enough is enough.

Victor travels to the delightful town of Bleakmore, to speak with a specialist. But soon enough, Victor becomes entangled with a strange cult and a plot that involves Lusst'ghaa, the mythical Land of Ecstasy, beyond the borders of reality or comprehension. Madness, sex, and the unknown awaits.

Now I would be lying if I said the story for Lust from Beyond did not keep me invested. While it is easy to see people laugh and joke about this, the story itself is pretty decent. For what you might expect from an H.P Lovecraft-inspired story, all the right elements are there. While Victor is not the most likable character, you can relate to him and his plight. The moments of tensity and gravitas really do work, with some great voice acting, plot beats, and character development.

There were a few twists and surprises I didn’t see coming and when I thought it was coming to an end, it kept going, but not in a way that was tedious or dreaded. I was keen to see how far the story when and for the most part, it went to some weird and wonderful extremes. However, towards the end, the pacing does slow down and remains in the same gear, repeating the same tricks for a while, until the end where it does give a pretty decent payoff overall.

While the story beats are fairly similar to other HP Lovecraft stories and games (there are even some similarities to 2006’s The Dark Corners of the Earth, with a hotel chase and everything), it does at least handle the themes of sexuality and horror fairly well. Even in the more extreme and over-the-top moments, it feels part of the world/story and not just for a tacky gimmick. 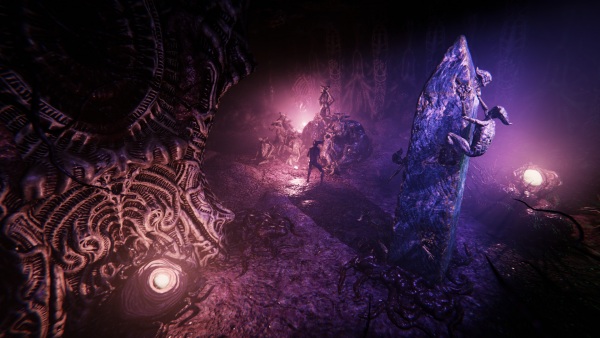 As mentioned before with my comment on The Dark Corners of the Earth, Lust from beyond is a mix of exploration, puzzle-solving, stealth, and even some light combat. Players will often be dumped into either the real world or the land of Lusst'ghaa, where they will need to complete a series of objectives that involve simply escaping the area, finding an artifact of power, or just closing your shop and getting date night ready. To do these, you will have to do some good old key hunting, speak with various characters, and find out some useful info, solve puzzles or rush against the clock to complete several odd jobs for a sadistic dominatrix.

While the goals for this cosmic horror adventure are not anything new or original, I do admire the level of world-building and the craftsmanship to each location. Environments are rich in detail, with plenty to discover. You will be finding lots of rooms to loot through and a few optional tasks to complete. My favourite is in the main house of the friendly sex cult, which acts as the main hub area, where you can find these freaky-looking figures and place them in a certain spot to unlock a powerful dagger. To get these figures, you will have to complete a few small tasks, from finding paintings, a piece of a stone bust, and more. Another optional task allowed me to avoid an entire area littered with dangerous monsters, after finding the handle to a mechanism that granted me access to a pathway above-said area.

It was cool finding these optional tasks which felt extremely fleshed out and meaningful. Either giving off some Resident Evil vibes or just a greater sense of reward for exploration and discovery. I just wish there were more like it for the story objectives.

At times, Victor will need to use his cunning to elude enemies as they hunt him down, making quick escapes, block enemy paths, or simply running for his life from groups of enemies that will give him a good bashing (not in a sexual way, just beating the s*** out of him). But there are moments where combat is unavoidable and it's up to players to duke it out with some ghastly folks in bondage gear, whether with a knife or a gun.

During this venture, Victor will be able to upgrade certain attributes such as health and his sanity meter, which if it runs out, he’ll go mad, and it's pretty much game over. These moments of degradation will occur upon finding a gruesome discovery or staring too long at a nasty beasty in Lusst'ghaa. Again, this type of thing encourages exploration but finding these upgrade points is exceedingly rare it seems and by the midway point, just seems forgotten about.

Aside from key hunting, you can speak with the residents of this world who offer some daunting insight to your situation and flesh out the backstory. Plus, you get the chance to do the nasty with a couple of them… this does not add much to anything and again, could have been fleshed out. 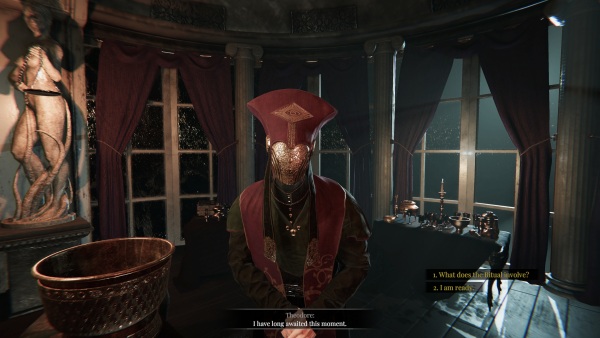 As mentioned before, the world-building is terrific for both the real world and Lusst'ghaa. There is a good amount of depth when speaking with NPCs (who are backed with some decent voice talent) and exploration takes the gold here whether it is for main or optional objectives. I loved what the optional objectives had to offer and give credit to the developers for thinking them through and implementing them into the game when others would not even bother.

This is also a damn good-looking game at times too. While some character animations feel a little janky, the real world can look impressive at times, but Lusst'ghaa is something else entirely. Lusst'ghaa is just a beautiful nightmare, something plucked from the deepest part of H.R Giger’s mind and placed in a video game. It’s amazing the amount of detail there is, the beauty of the dynamic lighting and the atmosphere here is super-rich and engaging.

Plus the story is a thrilling one too, enough to keep you invested and engaged until the very end. 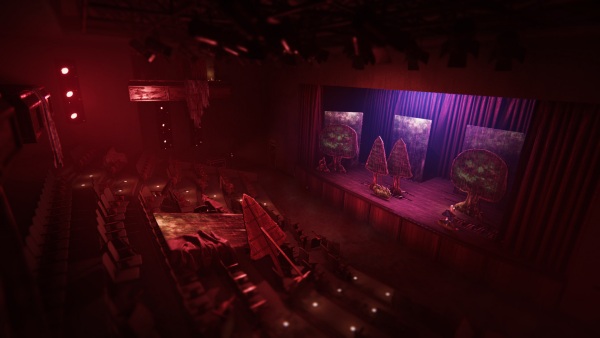 Sadly, while I do admire the developers for implementing some great aspects and ideas, a lot of them aren’t fleshed out enough.

As I touched upon, the attribute mechanic where you can increase health and sanity is simply forgotten about much of the time. Even the sanity mechanic feels a little shallow and just here for show (or the fact other Cosmic horror games have it maybe?). There is nothing gained or lost really by having it here and it’s easily forgotten about after the first couple of hours into the game.

When it comes to stealth and combat, again these are both aspects of gameplay that are barebones at best. Stealth is difficult to grasp at times, mainly due to the unpredictable AI of enemies. They can either see you a mile away or be unaware of your presence at close range. It's often a case of moving slow, peaking from corners, and trial and error. But most of the time, it’s so easy to just waltz on by and others, near impossible to not raise the alarm.

Melee combat is clunky and tedious without the most powerful weapons, but firearms feel fine for the most part. Unless you’re dealing with one particular boss fight which just went on forever, despite landing multiple headshots and all.

Lust from beyond is a mixed bag for sure, but what is good here is very worth the praise. While I can see many being turned off at the sexual themes and all, I think the story and its themes of sexuality and horror are handled well for the most part. There are moments of cringe, but there is an intelligent and frightening insight on sexuality and the horror of the unknown.

Like certain gameplay aspects, there are moments that really shine, and I can praise the impressive world-building, engaging story, and optional tasks which were really fun and added to meaningful exploration. But other elements such as stealth and progression, feel a little unrefined and lack substance.

I can see the developers are talented and hopefully with their next entry, they learn from the mistakes here but play on their strengths. I would love to see a haunted house/Resident Evil style game where it is set in one location and the core gameplay revolves from puzzle-solving and exploration. I feel these are the strengths of the developers and I would keen to see their next venture very soon.

A Steam review key for Lust from Beyond was provided by the publisher for the purpose of this review.