This is a time to celebrate everyone! Not only do we have a rogue-like action game arrive last month with Skul: The Hero Slayer, but we have another now to review. This time it’s Metal Unit, a side-scrolling action platformer with rogue-like elements. Image Lost Planet, with Gundam suits, lots of weird alien monsters, rogue-like elements, and over-the-top anime acting. That’s Metal Unit.

Is it any good? Read on. 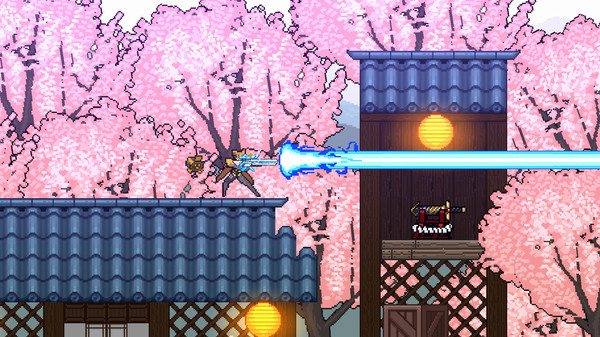 Metal Unit is the tale of humanity on the brink of extinction, fighting an endless war against a strange alien race and the last chance to save their home planet. Players will take on the role of as Joanna, a recruit who’s been cleared for duty and is on a personal mission to save her sister from the alien menace. Joanna puts on the legendary M-Unit 11, one of the most impressive battle suits to be designed and the best chance humanity has against the monsters on the surface of Earth.

As expected, there will be plenty of twists, turns, and surprises in store for Joanna and the rest of humanity as new secrets are revealed and the fate of Joanna’s sister comes to light.

While the story itself is solid, it’s fairly hammy and the pacing is all over the place. Within the first hour or so, there are so many reveals and twists that I just did not have time to absorb them. It would have been good if the game slowed down at the start as it does later oddly enough. It reminded me of the Resident Evil 3 remake’s story where everything happens so quickly in the first few hours, that by the halfway point, the pacing changes to a slow-burning experience. Metal Unit feels like an epic Gundam opera, with all the right elements but nothing new or original. Plus, it is just typical story beats found in any sci-fi novel, action film or any other game.

But Joanna is a nice character, and the supporting cast are pretty fun to engage as they all have such lively personalities due to the hammy yet fun execution at times. 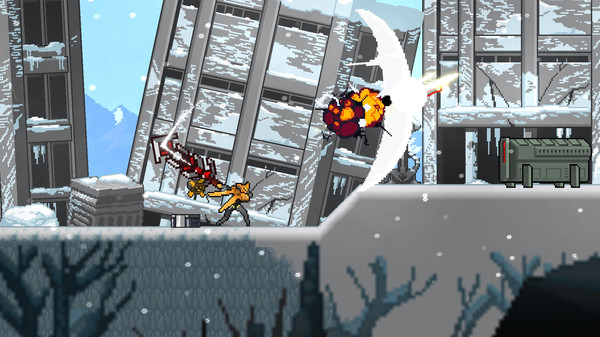 Metal Unit is a side-scrolling action-platformer, where Joanna and players will put on the legendary M-Suit and battle it out with hoards of monsters/aliens over various environments. Joanna’s suit will be able to carry several weapons, both melee and firearms, as well as attachments that could be missile launchers, grenade launchers or even allow small companions to tag along, lending support and extra firepower.

Players will land in multiple locations, spanning across Earth, each with its own hazards, enemies, and bosses. Each location is broken up into multiple areas, where Joanna will have to clear each one to progress. As she does, there will be new weapons, armours, gear, and loot to find, which will help greatly later in the location. Between several of these areas are camps where players can rest and regain health, sell goods or buy new weapons, upgrade and combine items to make better ones. There are even optional missions where you have a chance to obtain a powerful item, adding a nice layer of risk and reward, but doing these means you will not rest and refill your HP.

Plus, if you die before defeating the boss, you will have to start right at the very beginning again. But you will keep certain items upon death and be able to upgrade your stats, making you stronger. This all helping players get back into the fight quickly. 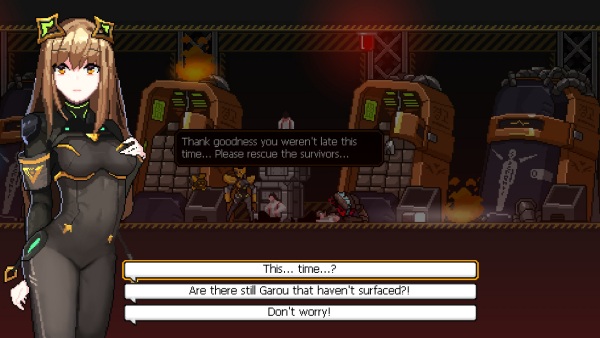 Metal Unit has its fair share of secrets, a varied enemy line-up, and a huge selection of weapons to pick and choose from. Overall, Metal Unit is a solid platformer and action game with some great elements that add tension and a nice amount of risk and reward.

The only things which are particularly weaker are the varied enemy line-up, which feels like a random mash-up of all different anime monsters, with the alien race lacking any proper identity. And the huge selection of weaponry with again, most of it lacking any identity. What made Skul, Hades and Dead Cells so great was the creative weaponry, gear, and monsters you fight. Metal Unit has a lot of charm and variety but lacks any personality or consistency. Even the Steam page switches back from Aliens and monsters as you do fight alien creatures, but also mythical creatures like dragons. It is weird and could work, but a lot of enemies just feel generic and something you find in the classic Sega game Ristar.

But, its fighting, shooting, and platforming are enjoyable and solid, while the little discoveries, secrets, and character progression are very engaging. 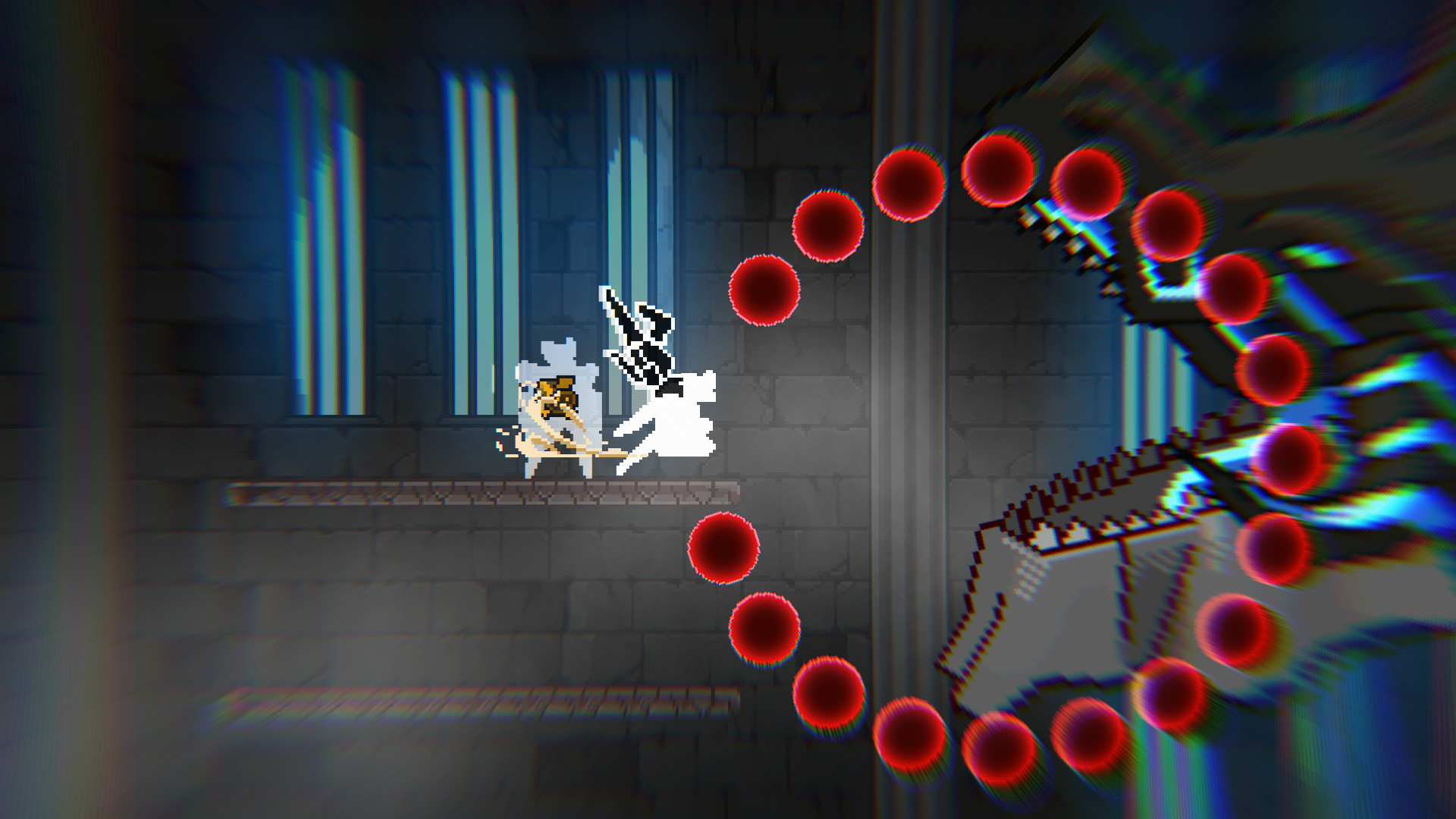 Metal Unit does have a great sense of world-building, regardless of the random elements to it. There is a nice hub world that expands over the course of the story, where you can chat to others, buy vital components to making you stronger or just mess around in. I found each environment beautifully drawn and the animations for a pixel art game were top notch.

But the one main thing which could let some players down or be a blessing to others is the fact that Metal Unit is not awfully hard for a rogue-like. There are moments that are challenging, such as the optional missions which offer at times a huge boost in difficulty, but after playing Skul, Metal Unit was a cakewalk for most of the journey. Plus, it is pretty forgiving with plenty of checkpoints. Take from this what you will, but some may find this too easy, but I do apricate the difficulty not being artificial, nor there being cheap tricks which I found in Skul a little too often.

Plus the RNG logic seems much more balanced compared to the aforementioned Skul.

While Metal Unit might not set the world on fire, it is still a game I can highly recommend. It has a solid gameplay loop, fun platforming, a nice level of risk and reward, with plenty of charm and interesting world-building. The story, lack of interesting enemy designs and the lacking difficulty can raise an eyebrow, but overall, Metal Unit is a fun rogue-like and one to check out for sure.

A Steam review key of Metal Unit was provided by the publisher for the purpose of this review.