Bloober Team has become a household name in the gaming industry. A studio that represents the dream of game design, with homegrown titles like Layers of Fear to their most recent, and rather ambitious ventures like The Medium, Bloober Team has come a very long way from creating some of the naff they started with. I say this because while they do have a few misses, they sure indeed have some exceptional moments in gaming history. One of these is Observer, a darkly twisted and warped cyberpunk tale that tackled the horrors and darker moments of the human condition. Starring the amazingly talented and sadly departed Rutger Hauer, both he and Bloober Team had made a horror game for the ages. This is why it has been brought back to next-gen and I'm going to tell you why you need to play it.

When you get a next-gen console that is.

What is Observer: System Redux? 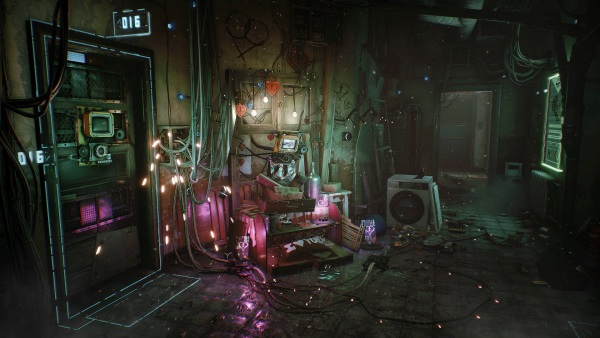 This is a revamped release of the 2017 game, with a graphical overhaul and new gameplay and story elements, to make it more refine and correct some of the wrongs that were there before. With the Talent of Ruger Hauer, players will dive into a world that is deeply troubled and perversed. With a great war having destroyed the East and West, there was only a massive corporation known as Chiron in the aftermath. This huge entity began to rule everything with an iron grip and treat the world and people as a commodity. As said by Huger in the opening monologue "And as it goes, the rich get richer, and the poor rot away in their hovels". A haunting insight into a world that might one day come to be.

Offering plenty of food for thought on capitalism, the deepest recesses of the human mind, and of course the misuse of technology or allowing it to overtake one's mind as a form of escapism. Kinda like playing League of Legends instead of sleeping.

But our tale focuses on the pain and anguish of one man, Ruger Hauer's character Daniel Lazarski. He is an Observer, a specialised detective ordinary people have grown to fear and hate. Observers can tap into the conscious and sub-conscious of their suspects, reading memories, and finding out critical details for the most depraved criminal cases. His job takes him to one of the hovels where the lower classes rot away in order to find his missing son. Yet his arrival sparks an intense and frightening situation, where he is isolated within a massive apartment complex, fighting for his very life. 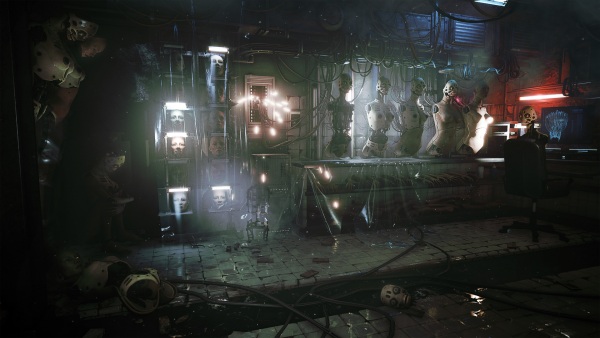 Science Fiction and Cyberpunk stories, in particular, have always harbored some form of caution when tackling issues of war, humanity, and as mentioned before the Human Condition. I Am Legend, Do Androids Dream of Electric Sheep and many more give us an insight into what could happen if human beings go a certain way in life, normally focusing on the destructive and selfish manner of society. Many of these stories have shaped our consciousness and helped established many barriers to stop the total annihilation of the planet. But then others have predicted just how messed up the world would become.

In recent years, there haven't been many sci-fi works that stuck with me personally or overall with the mass population. Black Mirror and a few others do their best but often repeat or recycled elements and stories already been told.

I give massive credit to Bloober Team for a genuinely unnerving and bleak tale which will haunt some part of you. Ruger Hauer does a great performance here and his interactions with the local residents spark some interesting discussions and topics which are always a delight to speak about. The plot itself, while nothing incredibly original, does pack in a few interesting twists, and while it all being set within a singular location, manages to make it feel much grander in scale and vastly more compelling than it has to be. 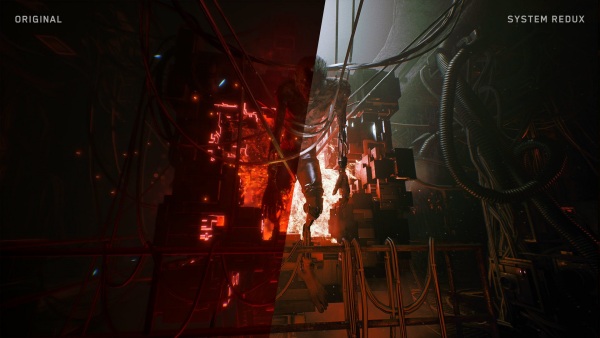 Okay so the main selling point (aside from the game being stellar - more on that later) of this Revamp or Remake (as some people are calling it) is the graphical overhaul, which features some neat new effects, filters, and overall a better visual look that's ready for next-gen. The original was a nice looking game, but often relied a little too much on heavy shadows and colorisation to hide certain things or to amplify the mood. Now, this type of revamping is nothing new as plenty of remasters and remakes do this in a bid to make the game world clearer and feel more organic. But it can go both ways.

The Arkham remasters were done no justice as the extra lighting only pointed out some glaring graphical flaws and overall just ruined the atmosphere to an already immense and flawless experience. I did take a look at the 2017 release of Observer again and I must say, while it did have plenty of immersion, tension and was dripping with atmosphere, it also was pretty dark. To the point where you couldn't make out certain parts of the environment. Being engulfed in shadows and total darkness did set the creepy factor high but also just made it a pain trying to find a clue sometimes. I like the look of colder environments, feeling more organic and not sticking to the old design trick of overusing the colour blue to replicate the bitter cold.

It's also nice to see certain creatures look more fleshy and have their disgusting features be shown off much more. Some other creatures, I do wish remained a little more in the dark, such as the wolf-man creatures, while still looks creepy, there's something about the original look that seems much more mysterious and unnerving. I'm a bit of an old school horror guy, who loved games like the original Resident Evil, with the pixelated and obscure look to monsters.

Overall though, the graphical overhaul is excellent, with crisper, brighter and clearer visuals showing the decaying and disgusting world in immense and beautiful detail. An odd combination of words, but this is a hideous game, in the best possible way.

Observer was a step above Bloober's previous title Layers of Fear, which essentially resorted to a nifty but so immense walking simulator. Players will be sleuthing and investigating in a whole heap of ways, from bothering a variety of weird and wonderful neighbors through very cyberpunk style intercoms to diving into the fractured minds of suspects as they take their dying breathes. Exploring the apartment complex and its many places of interest is a compelling venture. The world is mangled, often being fairly disorientating and baffling, yet quite intriguing as Lazarski goes from floor to floor, apartment to apartment, and places he shouldn't be, to gather clues and piece everything together.

There have been some tweaks implemented into the gameplay, with aspects such as hacking feeling more structured and less convoluted. Helping to keep the pace going and allowing you to explore with more ease around the environment.

Chatting to people does indeed satisfying my nosiness, getting to hear bits of gossip, or vital clues to recently discovered crime scene always gets my brain rolling. With the residents being confined into one massive block, yet not knowing any names of their neighbors but have judgments and suspicions. All of which are handled well and making sleuthing even more enjoyable.

The apartment complex is a weird place to be in. With it falling apart, it's a maze at times to get through already. But littered around are weird shrines, plenty of signs where struggles have happened, and one of the most memorable encounters being when Lazarski speaks with a young girl who's been left by herself at home. I won't spoil the outcome, but it gave me chills back in 2017 and still does now.

Nightmare segments are the main highlight and can be at times an immense attack on the senses with frightening imagery simulating the fractured memories of the host. Other times, its a creepy, slow-burning wait until a beast comes for your blood.

Yes, Observer is a game about exploration and deduction, but it one that does it incredibly well. Back in 2017, I found my least favourite moments were the chases and hiding from a big scary monster. Mainly because they weren't handled all that well, feeling a little tedious and unforgiving. While these segments are still not anything as grand or exciting as the rest of the game, they are patched to be more forgiving. Even to be much tenser and enthralling. But the bulk of the enjoyment here is from the exploration, questioning the residents, looking at crime scenes in immense detail, finding weird side stories to complete and of course the nightmares. These are the bread and bloody butter of Observer and highlight the talents of Bloober Team.

Overall?
Observer stands out a bold, confident, and gripping art-house game, with interesting themes, a great setup, and gameplay that generally interesting and fun for the type of gamer who loves investigations, sleuthing, and a good mystery. The Redux version helps an already great game be even better for a new generation, and while some of the charm from the original's brooding visuals are gone, it's still an impressive update. Visually speaking this a beautiful-looking game and one that presents a horrifying world in all its gloomy detail. The gameplay is solid and compelling and the story will keep you gripped to the very end. Observer: System Redux is a remaster definitely worth picking up and will be hard to beat for future remasters.

++ Compelling investigative gameplay
++ Good story, interesting world, and lore
+ Improvements to elements that were previously tedious
+ Visually breathtaking at times
- Some of the gloomy charm is gone with the revamped visuals

A PC review copy of Observer: System Redux was provided by the publisher for the purpose of this review.