Amnesia: The Dark Decent was a game that pretty much changed the way horror games were looked at, since the arrival of the original Resident Evil back in 1996. It was an uncompromising, uncomfortable, and utterly terrifying experience that left many gamers and streamers screaming and shaking in fear. It had as much impact on the industry as P.T did 4 years later, and helped shaped and influence many other titles. Some good like Resident Evil 7 and (personal opinion) some not so good like Outlast. After 10 years now, Frictional Games have evolved and decided to approach the genre in new and interesting ways. More about the story rather than the jump scares and defencelessness. Now with Amnesia: Rebirth, can Frictional Games reclaim the horror crown, all the while trying out new things since their beloved classic?

Something important to note

So when you start the game there is an important message from the developers, stating that Rebirth is "Not a game to win". It is a visceral and story-driven experience, rather than something closely linked to the gameplay style of The Dark Descent or other games like it. Frictional Games delivered an interesting mix of story and spooky gameplay with SOMA, which for me had a great story and the scares. But the gameplay just didn't feel that compelling or fresh. I feel now that SOMA was more about the story with gameplay that's elevated above Walking simulator but not fully engrossing as The Dark Descent. With the message about Rebirth, I decided to keep an open mind about it's gameplay and structure.

Right, on with the review. 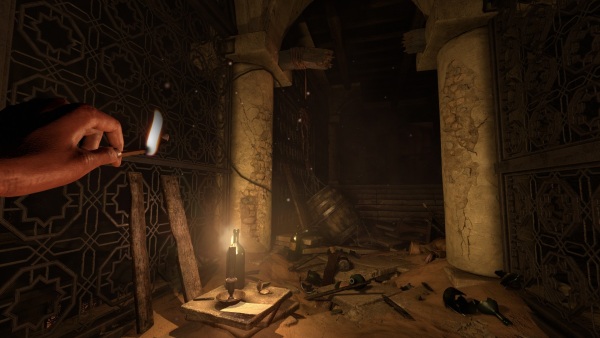 Amnesia: Rebirth puts players into the shoes of Tasi Trianon, an engineer who finds herself deep within the desert of Algeria after a plane crash. Tasi, her partner, and many others were heading out on a mining expedition when the plane crashed. However, Tasi can not remember a thing after the crash and awakens many days after the tragic events. Her friends and partner are missing and Tasi has nothing but a strange amulet. She must retrace her steps and journey through the harsh deserts, strange caverns, and disserted locations once home to an unknown civilization in order to piece together the fragments of her shattered past. Tasi must find those close to her while fending off an ever-growing threat from the darkness.


So The original Amnesia has quite the compelling story, with some brutal yet neat twists woven in. Stories with Amnesia elements can often be a little naff and just set up expectations of the main character doing something pretty awful and the twists not having much impact. However, the writers have been able to avoid any major tropes which usually occur with these Amnesia style story-lines and rather delivers something simple, yet engaging and thoughtful.

Tasi is quite likable as a protagonist and her journey is quite remarkable, filled with plenty of tension, dread, and wholesome moments which adds to her likability. The story itself while not entirely new does include some great moments and even links itself to the original Dark Descent game. Fans will be thrilled at seeing creatures such as the Shadow return and be glad that the story doesn't simply retreat elements from the first game. The tension remains high throughout as stakes change with the progression of the journey and everything flows naturally. I never found myself feeling any section of the game going on too long, or that certain story elements felt out of place.

Players will go from underground caverns, deserted Forts, and even trips to the otherworld, offering a nice variety of environments to explore, story set-pieces to take part in, and play through some genuinely terrifying moments in the story which left me on edge.  While I was never a fan of the game for Dark Descent, I did enjoy the story greatly.  Does Rebirth do a better job at the story? Yes and no.

While the twists and conclusion in The Dark Descent had an impact on me and other games for being totally brutal and warped. The pacing, variety, and character development, along with the leading character herself being quite good, make Rebirth outshine in some meaningful ways. 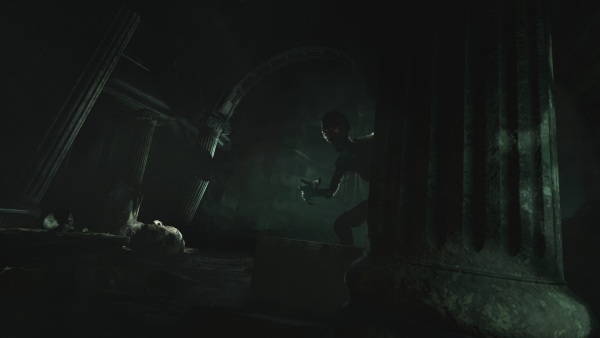 Now, in terms of gameplay, Rebirth keeps to the formula and depending on how you look at it, might consider this entry to lessen the tension and survival aspects. But more on that later.

Players will lead Tasi as she explores some very unwelcoming places, often making it through safely, reaching an exit. There are indeed a few objectives, such as finding radio and being able to speak with someone who could help, or complete one of the few puzzles by collecting/altering items to combine and complete the construction of a required key item.

(Minor Spoilers Ahead) Tasi like most people does not do too well in the dark and being in the darkness for too long will have a devastating effect on her. It's up to players to find matches, fuel containers for a portable torch, and sources of natural light in order to overcome her fear. However, Tasi has one thing that will help her through this terrible ordeal, she is pregnant, and looking down at her stomach will help reassure her and comfort her nerves slightly. So finding sources of light is important while solving puzzles and reaching the exit to rather dangerous places.

Most environments are fairly linear, with only a few levels offering some open-ness and multiple paths to takes. Exploration is still very strong however as you can wander off to smaller, more hidden areas and discover resources. Resource management plays an important part in the rising tension and I found Rebirth gives just enough to make it through, which is good. Puzzles for the most part are very good and offer a nice level of challenge while the environment and tension do a good job of freaking you out at the same time. 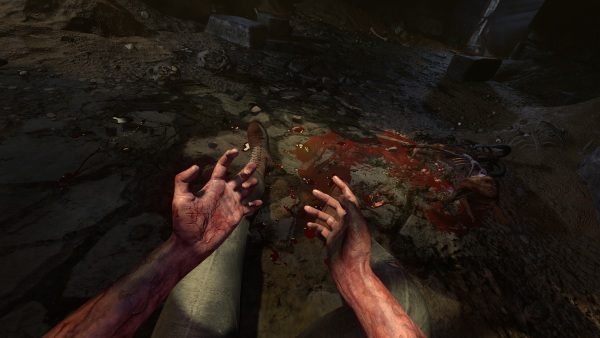 Now, in terms of running around scared s****less and bolting doors to keep monsters from eating you have been drastically reduced. I'd say that there are only a couple of moments where you are genuinely in danger and while these moments are fine, they're not anything new or exciting. There is plenty of tension and moments which will put you on edge but are mainly scripted and offer no real threat. It will be a shame to those looking for something similar to The Dark Descent or a game that evolves the formula in some meaningful ways. Rebirth does small portions of "Runa and Hide" gameplay, with little new to the formula. I understand what Frictional Games are doing and while it is a shame they couldn't push this style of gameplay to new heights, the tension and scares are still there.

What is pretty annoying is the lack of dynamics when it comes to lighting. I was so puzzled by why Tasi could not pick up a torch or the many lanterns lying around. While resource management is tight, I felt as though it was a little tedious and outdated. Why couldn't the light play a more important role in terms of gameplay? I kept thinking I could pick up bundles of sticks and light them as a makeshift torch, but sadly nothing like this happens. It's a little disappointing as while the Run and Hide gameplay is reduced, there could've been more involvement and cleaver uses of lighting instead. The use of the amulet is also lackluster and could have been developed more to really bring out some interesting gameplay mechanics, that could have even heightened the Run and Hide gameplay. 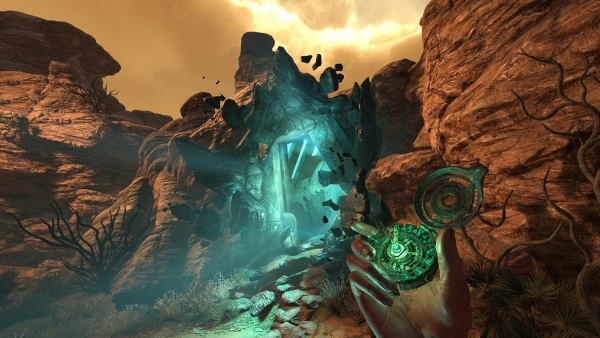 Amnesia Rebirth runs smoothly for me throughout and overall looks pretty damn good. I did notice a few low-quality textures on some things such as rocks and overstretched items which was a shame. But overall, this ran perfectly fine and looked good for the most part.

Amnesia Rebirth might not set the world on fire and some fans might be a little disappointed as they compare it to The Dark Descent. But I suggest treating this as the developers have made it, a gripping story-driven experience that still offers tension and scares. I do wish that elements such as lighting were advanced a bit more, but the story, pacing, tension and lateral elements work extremely well and will still engage and keep players invested throughout. This is certainly one of the more impressive horror games out this year and I hope Frictional Games will keep the good work up and have their next title be more evolved and groundbreaking as their first (Penumbra that is!)