Who’d had thought it? We’re getting more DOOM this year to brighten things up … and we need it! DOOM Eternal brought a world of hurt to gamers back in March and we have just recovered from it. But now, ID Software and Director Hugo Martin have decided to increase the level of hurt in this new story expansion, exploring more of the DOOM SLAYER’s past and his mission to destroy the Dark Lord. Promised to be the ultimate challenge for any DOOM fan, with more demons, dangers and of course …. More Marauders.

Does DOOM Eternal: Ancient Gods – Part one deliver the goods? 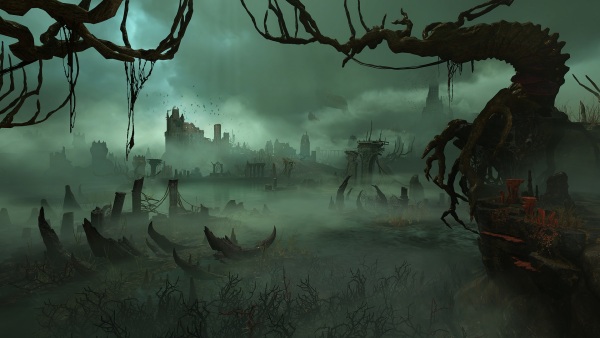 DOOM SLAYER (or DOOMGUY as it’s now been confirmed) is out for more blood once more after defending Earth from the Icon of Sin. He’s geared up and ready to rip and tear his way through the hordes in order to close the gateway of Hell and quite possibly take on the Dark Lord himself. Going through new environments such as the Blood Swamps and an Arctic Research Centre to find clues on how to close the gate and destroy the Dark Lord. DOOMGUY has his work cut out for him, as the demons won’t make the journey easy.

Story-wise, it’s all fine and DOOM-y. DOOM SLAYER sets out to kill a big nasty foe, comes across some interesting conflicts of interest, and decides to do his own thing as he just hates demons so much. The lore is still pretty interesting and the DOOM SLAYER and his bad-ass attitude are still very likable. While there is not much else happening in the story, the few twists and end do make for some compelling gaming. Overall it’s a solid story that services the gameplay well and left me wanting to play part two as soon as possible.

Now for those who’ve played the base game, everything is pretty much the same as before. You’re the DOOM SLAYER, a brutal killing machine with lots of guns, gadgets and epic traversal skills meaning you can hop, skip, dash and punch your way around all the awesome combat arenas. You have all your weapons from before (except that sweet red sword for chopping!) and all the perks gained over the course of DOOM Eternal. Sadly there are no new weapons but there are Support Runes, which give you some awesome benefits in battles. Whether that’s gaining back an extra life, dealing damage to surrounding enemies by hitting the weak spot of a single enemy, and a few more. These are pretty good but I didn’t find them that entirely useful overall. I often found that their benefits would be thwarted by the difficulty of the campaign (more on that later). But some more weapons or at least a new grenade or gadget would’ve been welcomed as it just felt a little tedious using the same guns as before with no new perks, upgrades or anything that elevated the combat from the DOOM SLAYER’s perspective.

But combat is still very engaging, brutal and highly immense as moving, quick thinking and reflexes are critical. I do like the use of DOOM SLAYER tactics where setting enemies on fire means you get armour shards, glory kills mean health and Blood Punch refills. But again there is nothing new in regards to tactics as well. The levels are however pretty great, with good pacing, nice arenas, plenty of secrets and some awesome set pieces. Each level has its own beats and design choices, whether it’s the more linear Artic Base, which sees the DOOM SLAYER going underwater a few times and having to avoid sharks! Or the demonic Blood Swamps which is filled with epic combat arenas, puzzles and even giant tentacles (these were epic fun to fight). The last level felt a little plain overall, with no interesting set pieces or level design. All the effort clearly went into the previous two levels. But things do end on a high note with a pretty awesome boss battle. 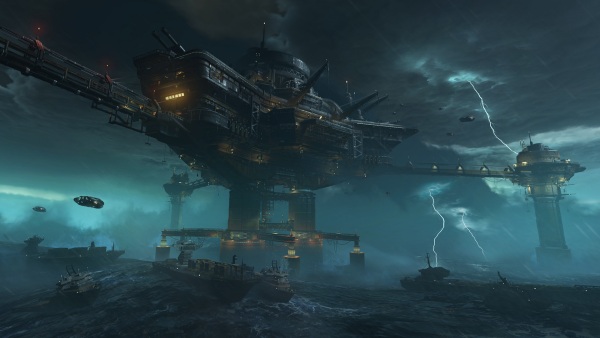 There are a couple new enemies here and they’re all pretty annoying. When I saw “Turret” as an enemy I kind of died a little, thinking that ID Software couldn’t think of a more interesting enemy? The Spirit was another fairly annoying enemy when they decided to pop up at the worst moment possible, as they possess enemies and make them more powerful. Fighting a super charged Baron of Hell or two did grate my nerves by the end. Considering the over use of Barons of Hell and the sprits. However, if you love Marauders, then you’ll properly love this DLC (although looking at recent Facebook comments for promotional material suggests that people are getting bored of them). Now I’m okay with the Marauder and ID Software do at least spice up each encounter with this enemy type. With the double Marauder fight, I was pretty excited until it showed a glaring problem. The Marauder is pretty dumb and easy to kill. I wished the AI was bumped up a bit to include ambushes, flanking and more interesting tactics as all they do is follow and rush you. Having these two guys at the same time wasn’t as much fun as I thought (Giggidy …. But also not giggidy). But you know what is annoying overall? I have mentioned it but the overuse of Barons did test my patience as but the end of the DLC I just prayed to the almighty DOOM gods that there will be less of them next time.

The level design is pretty solid (for the most part) in this expansion, with gunplay remaining tight and engaging, the action being epic, exploration still a lot of fun and even the soundtrack by the new guys (replacing Mick Gordon sadly) is not that bad. Mick’s soundtrack is far superior but overall, it’s pretty catchy and has it’s moments.

While majority of level design was pretty good, there were some super cheap moments! The foggy areas in the Blood Swamps can f*** right off! The overuse of certain enemies was a big no-no and the second boss just goes on way … too … long! The double Marauder (Giggidy) fight was a little disappointing, but I do like how they implemented him in some creative and intense situations. Plus no new weapons were a downer for me. 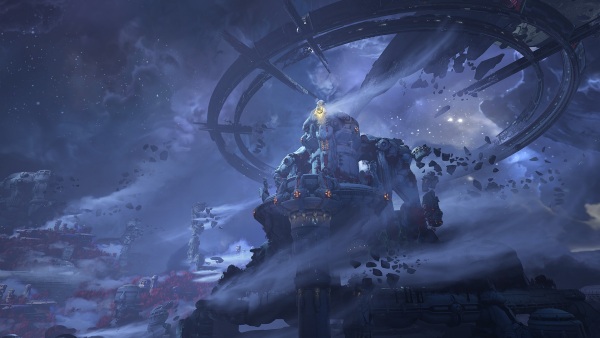 This is a pretty epic expansion and one that reminded me of the good old days where games like DOOM 3 and Half Life got some pretty damn good story expansions. But The Ancient Gods lacks some elements which made them awesome. No new weapons or perks were disappointing and there are definitely some cheap setups for combat arenas proved pretty tedious and only made it obvious ID Software wanted to enhanced the difficulty but without much creativity. But the biggest problem is the overuse of some enemies, the lack of intelligence for others and the new ones just didn’t pack a punch. But, as far as expansions go, this is pretty good value for money otherwise. The level design for the most part is pretty great, same immense and brutal gunplay, fun exploration and a few great set pieces and puzzles did make this a worth-while journey to Hell. But all I would say to ID Software is avoid the cheap tricks to enhance the difficulty. We know you love implementing the Marauders but maybe make them smarter for a real and more interesting challenge. And PLEASE add in some more weapons! Like maybe the Soul Cube from DOOM 3?

But otherwise, pretty damn good and worth checking out!

A PS4 review copy of DOOM Eternal, along with its DLC was provided by the publisher for the purpose of this review.