It has been quite some time since we were graced with a good old real-time tactics game that blended stealth, action, and resource management within an engaging story. But now it seems like our prayers have been answered. With the return of Desperado, now comes a spiritual successor of sorts in the form of Partisans 1941. 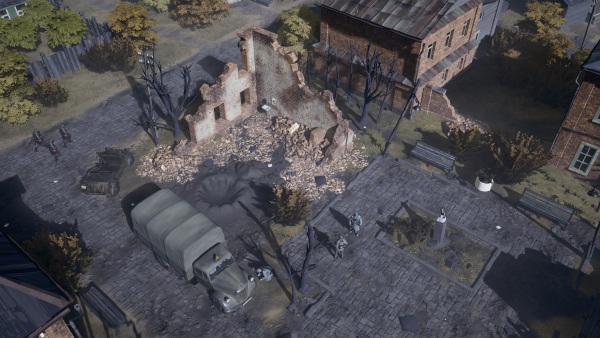 Partisans 1941 is proclaimed by its developer as a new approach to the stealth tactics genre: combing stealth, action, resource management, and even featuring base-building elements. Players will take control of a group of Partisans resisting the German occupation of the Eastern Front during World War II.

You are red army commander Alexey Zorin, the driving force behind the resistance and leader of the Partisan squad. After a harrowing escape from a Nazi prison camp, Alexey decides once and for all to rid his land of the German invaders. To succeed, he must gather soldiers left behind enemy lines and locals to form a local resistance.

In Partisans 1941, players will engage in missions that will help bring down the German army. From taking on German outposts, destroying Tanks, and sabotaging fuel/weapon stations as a means to strike at the heart of the invading force. You will lead a small team of abandoned soldiers and locals wanting their home back through these missions, with each member harbouring skills and tools vital for success. It’s up to you to lead, manage and ensure their safety at all costs.

Aside from taking on the German with brute force and cunning, you will also be responsible for the wellbeing of your squad and even the people within the region struggling to survive. You will recruit unique Partisans with each passing venture into enemy territory while securing the resources you desperately need to feed care for them too back at camp. Your leadership will be required for the main missions, but also at home with day-to-day tasks that involve gathering food and First aid, but overseeing construction at the camp to expand it.

Partisans 1941 is a game about leading fighters through dangerous situations, but these dangers come not only in the form of German soldiers but also in hunger and disease. It’s about the survival of the people who have lost everything.

There is a good variation of missions to complete, whether it's sabotaging a powerful enemy weapon or escaping from a heavily infested enemy camp. But what makes Partisans 1941 more interesting than the Commando series is the amount of freedom given. There are multiple ways to approach each situation, by using the environment to set you can set up ambushes or simply distract/lure enemies away from a point of interest. You will obtain tools and new weapons to take on the enemy, but it is all about your wit and planning that will get your team through each dangerous mission.

What works in Partisans? 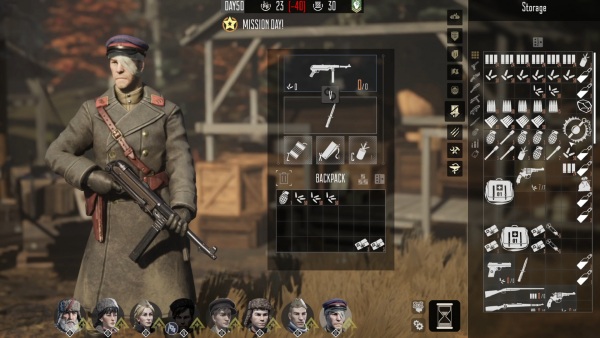 If you indeed looking for more games in the vein of Commandos then you’ve hit the jackpot here. With already a compelling setup, Partisans 1941 goes further than what Commandos originally did by allowing more freedom in tackling the numerous problems it presents. Above all, it presents interesting challenges and solutions that don’t focus on combat but rather on understanding your enemy and their weakness. One of the coolest moments I found was using bottles of water to lure German troops, who were malnourished (something history has spoken about before with German infantry in Europe). These types of moments elevate Partisans 1941 not only as a compelling real-time tactics game, but one that takes elements of military history which many have forgotten.

While Commandos did present more story-focused missions, with compelling character exchanges and memorable objectives, Partisans remains grounded, gritty and doesn’t shy away from the ugly truth. Commandos were best described as a play on the war movies from the 60s and 70s, with good guys, bad guys, and clean-cut right and wrong.

Partisans 1941 is very grey at times and immensely intrigued on pushing your buttons. It is about tough choices in and out of these exciting main missions. It is about people who have no option but to fight hard for their survival, even if there are heavy repercussions.

Where Partisans 1941 also succeeds in is giving a great deal of freedom to play out each mission. From early missions, you will be shown several options/routes towards completing your main objective. These could range from taking on the enemy head-on, sneaking through heavily guarded areas, causing a distraction or cleverly ambushing patrols to lessen the numbers. It not ground-breaking, but there are plenty of broad choices to play out and many more ah-ha moments, often followed by deep breaths of relief. 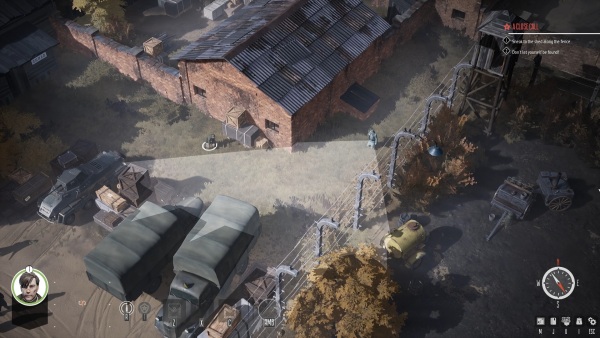 For the troubles closer to home at the camp, you’ll need to make hard decisions that could affect the supply of food, first aid, and the safety of those in the local area. Deciding whether to keep food for your soldiers or give it to the local town can be rather crushing either way. These decisions affect aspects such as morale, which if too low can have a devastating effect. Time is also an important factor as days are limited where you can build, gather food, or fight off local patrols to maintain your cover. Recruiting is interestingly like a double-edged sword as you will expand your skill base and include more variants in future missions but have to keep them in check and make sure things such as morale is kept high.

But through all the troubles of Partisans 1941 presents, it’s highly rewarding. Character strengths and skills will grow with expansive skill trees, giving you new approaches and tactics in missions. Expanding the base and bringing home food for the camp after many long days of hardship was offered an extremely enriching sense of fulfillment.

Partisans 1941 may not break much new ground, but what it does it does extremely confidently and creates such a compelling and unnerving journey of risk management, morality and simply surviving moment to moment. This is a tough game and players will make mistakes, but what you simply must do is keep going.

…. But this does lead to what harms Partisans 1941 in some degree. 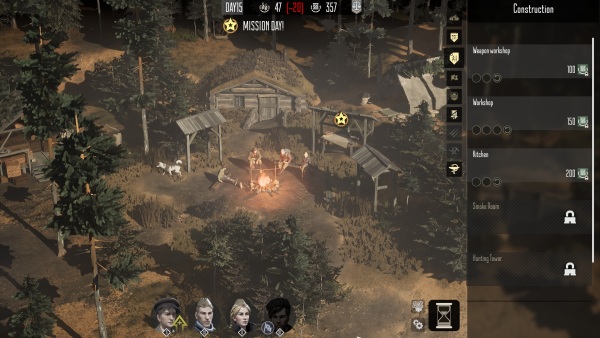 Okay, so Partisans can be harsh, unforgiving, and brutal, even on the easiest difficulty.

What is apparent is simply that making a simple mistake or misjudging something as an ambush position could cost you dearly and having to gather resources, manage wounds and keep everyone’s morale in check is tougher than it sounds. Broken limbs is an important mechanic for your team as much as managing ammo, as a broken arm can seriously hinder you useless after a while, slowing down reloading and after too long, causing great pain and possible death if left untreated.

Enemy AI is relentless and can pull some neat maneuvers when they want to. Therefore, it's usually best to avoid confrontation and to use stealth unless you have a tank-like Partisan with you. But does not help is the partner and just how ridiculously bad it can be during certain situations.

While stealth is ultimately the best approach or if you do have to fight, please make sure you are well equipped as it will usually end in a blood bath. I found through most encounters where shots were fired, the enemy would normally overwhelm, and my team would do everything possible to get themselves killed. Pathfinding at times was unbelievable as at times the partner AI would decide to take the longest route to where I had selected and usually walk into an enemy’s line of sight, causing all hell to break loose.

I did find Partisans 1941 to be quite slow to start with, with very low resources and often enough, battles left a devastating impact on the squad. It was only until a few hours in, did the resources come in, the squad expands with new and better characters and the options for each new mission be broad and varied.

Partisans 1941 is a gripping WW2 venture that infuses intelligent stealth gameplay with interesting resource/team management. The level of freedom during missions makes up for its difficulty and issues with AI and elevates above the games which clearly inspired it. If you are a fan of clever and intense real-time tactics games, then you cannot go wrong with Partisans 1941.

A Steam review copy of Partisans 1941 was provided by the publisher for the purpose of this review.