Wasteland is a highly renowned series which started back in 1989, and then had a short hiatus of about 25 years till the next game in 2014. Thankfully it was a short wait of six more years for this sequel to come out, but it’s grown quite a fan base already. So while it had quite a long absence from gaming, Wasteland was highly renowned and a massive influence for games such as the original Fallout series. This, its return has sparked many gamers to relive the glory days of the original Fallout games before it became a soulless MMO. Does Wasteland 3 do the job at being a compelling RPG that we so desperately need? 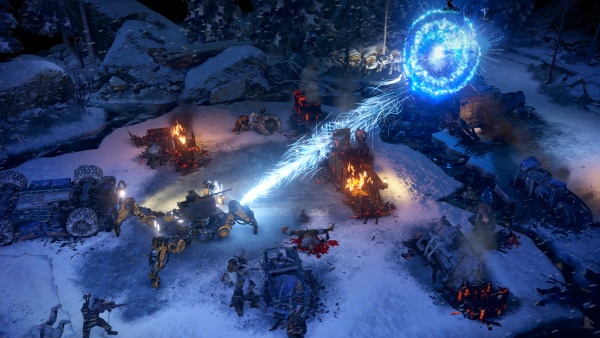 Wasteland starts things off with a disclaimer. Usually, this is something that is at the end of a game or film to state that the events taken place are purely fictional. But the developers/writers thought best to put this right at the get-go and for a fair enough reason, I guess.

Wasteland 3 is a harsh game, but a rather brilliant satire with sprinkles of dark comedy. There are themes that might chill the core of some gamers but also discussions on ideology and extremism which most will understand. Wasteland 3 is a game of great relevance for our age but it’s nothing entirely new. Considering the original Fallout games did dive into corrupted political agendas, fascism, Socialism, and warring ideologies. Even a film like Demolition Man speaks volumes on how well it engaged an idea of a society that is broken by two extremes at war and the solutions being that “meet in the middle” works wonders.

But it’s great to see a game like Wasteland 3 here. To discuss these problems once again as mostly everything is a Superhero movie, an arthouse film that’s desperate to check all the boxes or Peppa Pig.

So the actual story takes place a few years after the last game and doesn’t worry, there is a recap of events so you’re brought up to speed. Even so, you won’t need to have had played the last game anyway to fully engage with Wasteland 3.

The Rangers are a band of soldiers and people looking to establish life after the world went to s***. They have come from Arizona in order to aid a powerful political figure who goes by the name of The Patriarch. Seems like this powerful fellow is dealing with his disobedient children, looking to take his throne and claim the frozen lands of Colorado for themselves. This decision does not come lightly as the Rangers and many others back home need food and supplies to survive much longer. Knowing that this Patriarch isn’t the most sound of people and one who might even be considered a dictator, well it doesn’t make the choice to help him out easy. But in order to survive, the Rangers must do what’s needed. 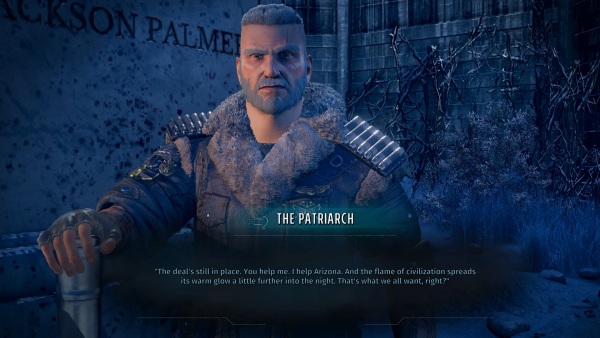 Things don’t start well as the November group of Rangers sent out have all been killed off by a ravenous and almost Pagan style group of warriors. They don’t care who dies, so long as blood is spilled. Soon enough, revenge is on the table, along with sorting out the problem children, extremist factions who believe in “The good old days of the USA” including those who worship a killer statue of Ronald Ragan.

So Wasteland 3 has an immense sense of humour, that’s dark, twisted and sadly all too relevant on what’s happening now. What I did like about Wasteland 3 the most was how Grey is could be with its subject matter. In a world where we live as though most things are black and white, either one or the other without middle ground (and there are definitely things are which are), Wasteland 3 often speaks of finding the middle ground.

The setup being that you need to help someone who is a right scumbag in many ways, but they’re willing to help you if you help them. But over the course of the game, certain things change, events happen, and looking at things from a different perspective is important.

So in so few words, the story, the world, the writing, and characters who live in it are engaging, thoughtful, and well developed. Making Wasteland 3 one of the better story-driven games next to Disco Elysium. The majority of side quests are interesting, the dialogue pretty snappy and well written along with a grand and complex world while morals are all f***ed up. Not really my words, but Wasteland 3’s own words. 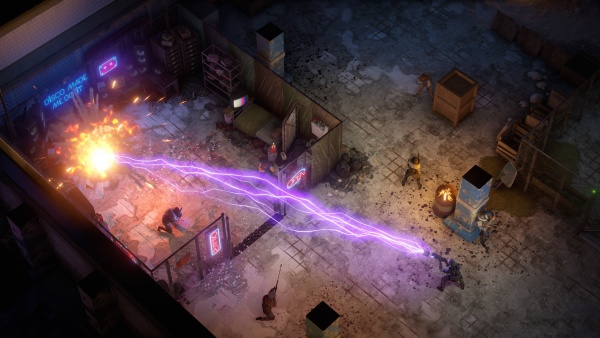 Okay so now this is a story-driven game, but there is plenty of action to be had. Maybe a little too much if you will. I’ll explain later.
How Wasteland 3 works in terms of combat and exploration is simple enough, with tried and tested methods that worked well before and in games like the original Fallout games. You have the freedom to move around when exploring, to gather items, find resources, and solve a number of simple puzzles and set pieces. There’s a diverse range of events and actions to be performed, which can mean finding sweet loot, new weapons, or avoid a confrontation with a massive robot scorpion. There’s nothing truly new here, but what is here is solid and the world itself is massively engaging and very fun to explore/loot/destroy.

Combat comes in the form of Turn-Based, where you will have Action Points to spend on a gridded area, performing actions such as moving, flanking, attacking, healing, and using special abilities and items. The game does a good enough job of explaining everything to you and provides enough for you to explore and mess around with tactics and skills.

Before I go on, the character customisation and creation is very developed, allowing you to totally customise your duo as you please. You can certainly go for the generic soldier types with strength and expertise on heavy weapons, or you can mix and match. One a powerhouse of brutality and the other more inclined to lock picking, stealth, and first aid. Very choice and creation will have it's up and downsides during the journey, but you can evolve your characters as you go, meaning you can tweak your duo if things aren’t working out. But certain perks will be more prominent than others throughout. 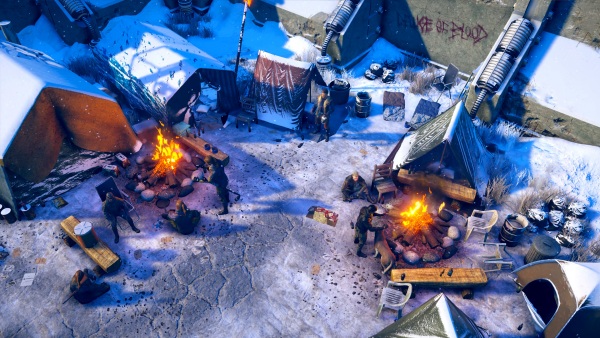 Combat, for the most part, is pretty enjoyable, with some epic set pieces (the Ronal Regan Robot statue I mentioned earlier being one of the main highlights) and a generally good variation of enemies, locations, and setups. Setups meaning that (related to something I mentioned earlier) you can gain an advantage to a fight depending on the outcome of a previous event or conversation with an NPC. For example, early in the game, there’s a hostage situation and you have two choices. Kill the enemy and have the hostage die, or let the enemy go and free the hostage. However, the enemy will then inform a party in the next area you are coming and they will prepare. If you manage to eliminate this enemy before they alert the party, you have a chance to take out the entire party, who are rather foolishly hanging out next to a massive explosive container.

These moments and small touches I think make Wasteland 3 adaptable and dynamic. But what is a pain is the brutal nature to combat at times and how there’s no flow at times. Again, from the beginning of the game, you can approach the same encounter, in the same manner, every time, but the enemy’s reaction and tactics can change drastically. One moment, you may land all your shots, kill an enemy with one hit, have them not move very far, and miss their attacks. In the same fight with the same approach before, you can see the enemy land every attack, move what feels like half a mile across the grid to land a deadly blow on you and not give you a second to breathe.

It all feels very much up to chance and if you see signs of failing a fight, then you might as well start over. And after trying out all the difficulties, even the lowest one is still a fair bit brutal. So for those looking to enjoy a good story, will have to put up with a lot of combat and some of it just feels a little unbalanced.

Not to mention Wasteland 3 lacks interesting dynamics in combat, which other Turn base games have implemented over the last 5 years.
Combat is fine and when it’s set upright, it’s a blast. But for those looking more for the story will be a little frustrated I’m sure.

Wasteland 3 is a powerful game with its superb writing, fascinating look on the grey area of politics and morality, and witty and darkly humorous satire. While the world is beautiful, the set pieces are fun and the character creation is immensely adaptable for your playstyle, the only thing which kinda lets it down is the combat. While it’s solid and works well later in the game with the grander battles and set pieces, the nature of it all feels a little unbalanced and random at times. For those looking for the story, might sadly feel better to watch someone else play this game from time to time. However, Wasteland is a fantastic RPG, one that will be timeless for years to come and certainly doesn’t f*** around.

Those are my words and those of Wasteland 3. A game, which has a good chance of being high on our games of the year list for 2020.