Do you know what is scary? Dreams! Dreaming is such a fascinating and scary notion where ideas, thoughts, emotions, and all that jazz get rolled up and processed by our brains. I mean, Inception was downright strange and made no sense, but that’s okay because it was all about dreams and how they make no sense. In comes Superliminal, a game about dreams and how they’re bad for your health …. But rather good for puzzles! 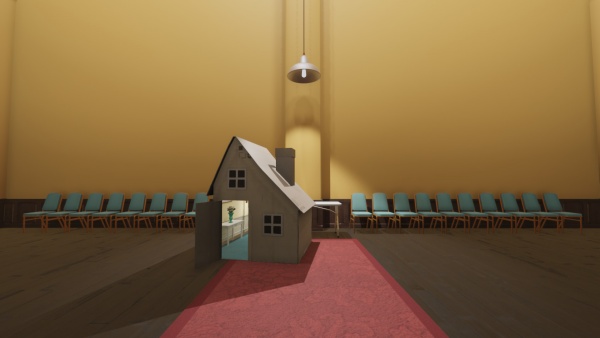 So the story is very vague in Superliminal, but the general contentious is that you are a test subject in a new revolutionary sleeping experiment. You “wake up” to discover you are in a rather complex series of tests that seem to never end. Even falling from a height that would normally kill you, doesn’t seem to stop the show. As you progress through the strange setups and rather illogical situations, it becomes clear that you might be in more danger than you realise. Guided by a series of recorded messages doing their best to outdo GLaDOS from Portal (and not doing a bad job, but no one can beat GLaDOS’s dark sense of humor) and providing some helpful advice (namely, not so helpful).

The goal is to essentially “wake up” but that might be harder to do like you a series of complex tasks involving themes such as Perception. It’s up to you to solve each puzzle, more complex than the next, and to escape the dream you’re in.

There are some very interesting themes are work here and the game does a great job of examining the human condition and what drives us. Dreams are terrifying as we seamlessly have no control over them and what they reflect tends to be random. The ending monologue did really hit me and felt it give such a positive outlook on choices, failure, and control.

Superliminal does a very good job at incorporating these themes into the puzzles mostly. Chapters like Perception and Size were very good and the themes worked well with the lateral concepts. Then we have chapters that aren’t so great like Cubism and Blackout where the puzzles are extremely basic and feel like nothing more than filler compared to the better ones.

The humor is pretty good but does try to be Portal at times and not succeed outright. It’s pretty humorous and there were a couple of lines which really did make me laugh. While the subject matter is executed in the story and levels very well in places, it feels like more could be explored with the ideas or in general with the gameplay. 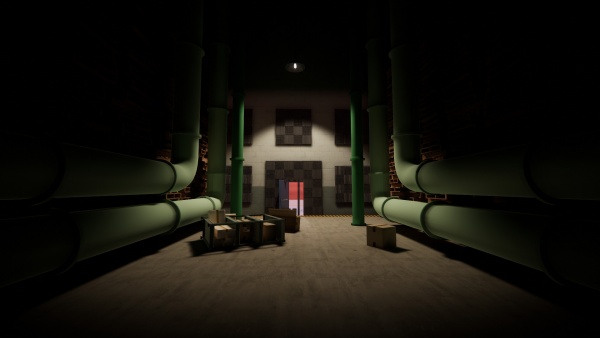 Superliminal focuses on puzzle-solving and exploration. The core gameplay mechanic is picking up objects and either making them bigger or smaller by where you drop them. So for instance, if I see an apple on a table, I can pick it up and drop it anywhere in the room. By where instead of falling to the ground, it would instead land and resize where I’m looking. So if I’m holding the apple and looking at a corner of the room, the apple will drop, resize and be in the corner of the room.

It’s super trippy and best to be seen rather than read. This is and will be the element that will draw people in the most.
So this mechanic will allow you to make an object such as an apple, 100 times bigger than it should be, and thus, can be used to destroy and obstacle or simply put on a pressure pad to keep a door open. There are other instances that are pretty interesting, such as making a dollhouse bigger so you can enter it and thus enter a new area or being able to clone about 100 of the same item to build a makeshift staircase.

While there are some amazing ideas here for gameplay, they’re again never expanded upon. Say for the chapter Clone, you can clone dozens of the same item in a room, but the solution was either “make a means to escape” or simply ignore the chapter’s feature mechanic and just do the easiest option. Which I understand can be a puzzle to work out, but it’s often anticlimactic.

This was the issue I had with most of Superliminal. It has some great ideas for gameplay and puzzle-solving, yet never breaks away from repeating the same solutions. The alignment puzzles are really cool, but never move on from simply aligning the image until it’s complete and thus you get an object to use. Cloning could’ve been expanded upon but ends too quickly and Doll House felt like one idea being played over and over in the chapter. Aside from a couple of cool visuals and one or two very taxing puzzles, it’s all very easy. 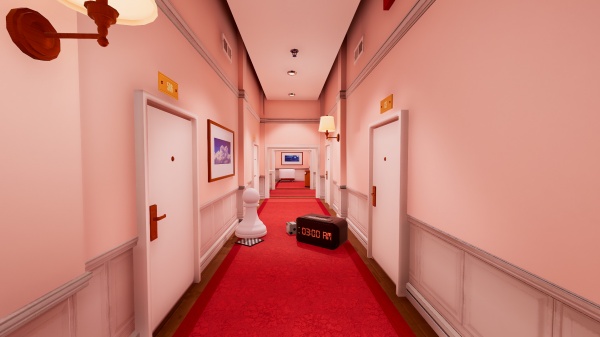 Now I would say I’m pretty good at a puzzle, but I found Superliminal to be a little too easy for the most part. Even someone not so great at puzzles could work out that many of the solutions are the same. Some moments did catch me off guard, such as the chapter Labyrinth which is very simple yet complexing and gripping. But overall, Superliminal is a short game regardless and can be finished in around 5 hours for a first-time playthrough. Hell, it can be even finished in 30 minutes if you know all the solutions!
But there are some very strong moments here and visually speaking, this game some amazing moments that really made me feel like I was tripping balls!

Superliminal feels like a great first step and with more work, could’ve been an amazing experience. Sadly it doesn’t reach the status of Portal, but is defiantly a great stab at the genre and makes an impression. I would love to see a follow-up and see it bigger, bolder, and trippier. While it’s not perfect, I do feel it is worth checking out.

A PS4 copy of Superliminal was provided by the publisher for the purpose of this review.