Rogue-lite dungeon crawlers have built up quite a rep in the last few years. Games such as The Binding of Issac and more extreme cases, Dead Cells, have found followers and critical acclaim due to their engaging and complex game design. Randomness yet the structure is key to both titles and so many more, that they encapsulate you with their repetition and a great sense of progression. But this formula is so easy to get wrong and today I will be looking at Neon Aybss, which gets some things very right and some very wrong. 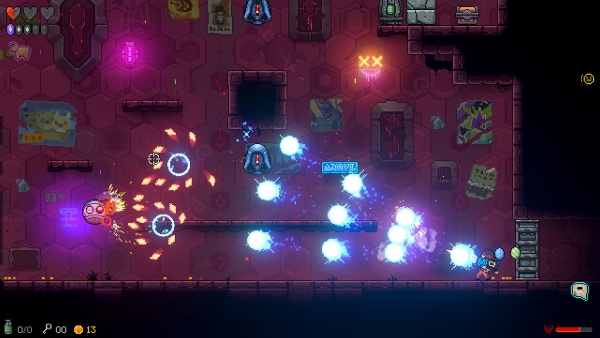 You’re some random dude who finds themselves in a Bar located above Hell and the task is simple, kill all the mangers of Hell. That’s it, nothing more and nothing less. Simple, fun and does the job. You have a hit list of “Managers” you need to kill including Hades, Zeus a few others, and once they're done, it’s on to the big game … and yeah, there’s quite a lot to get through (more on that later).

Neon Abyss is all about going into the abyss and venturing through a number of dungeons that harbour risks, rewards, secrets, and those pesky managers. You explore the dungeons, kill things and gather as many rewards as possible, by either finding chests, secret rooms, or by glowing s*** up with grenades. You have hearts representing your health and shields representing armour. You get lots of guns with different effects and powers along with special abilities that reward you with awesome perks such as extra health, lots of money, grenades when you kill things, force fields when you get hit, the list is endless. Again, simple, sweet, and easy to gage how things work.

You can choose from a selection of characters, each having their own perks and benefits. There are some with more health, allowed to carry two guns or simply have more starting gear! Something to spice up each run a little from the get-go.

You basically have to go forth, collect stuff to make the journey a bit more manageable and a lot more fun. The main goal is to defeat bosses as once you do, you’ll be rewarded with a token/gem that can be used to unlock more abilities, characters, and even rules that change certain things in the game. These can be extra rooms that give you some sweet loot or impact the journey to give you a different end result.

All dungeons are randomly generated, with all enemy placements and loot being changed with each playthrough. Everything is solid and the game has all the right elements to make it a classic.

But does it all work?

Well, does it in many ways 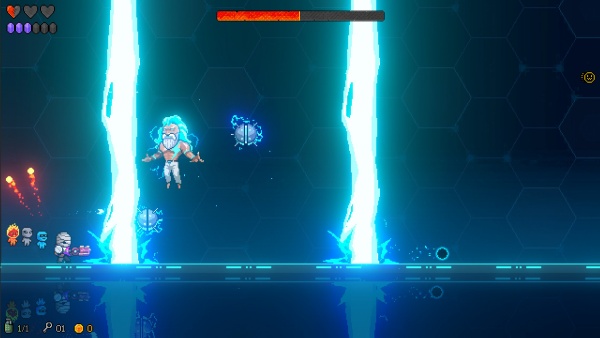 So Neon Abyss has all the right elements and more importantly, gives players motivation to keep going back.
The shooting and action is simple, yet very solid. Although it’s made so much better with the right combination of power-ups. You will start off with a measly pea-shooter but with a nice collection of upgrades, it can become a deadly multi-rocket spewing canon, that freezes enemies, sets them on fire, and sends out random heat-seeking missiles, while allowing extra health to drop. This means that there’s often a chance to see epic spectacles on screen with plenty of flares. But with all the madness happening, it’s pretty easy to forget that quick thinking and good reflexes are still needed. So while it’s all simple, it is very engaging and has the right amount of energy to make some great actions for 10 seconds or 2 two minutes.

Bosses are pretty cool but often resort to being bullet sponges with not much else happening. Yet there are a few stand out ones such as the Managers, including Hades and Zeus and my favorite being either Tik the God of Tik-Tok videos (not advertised as that in the game but we know it is mocking it) or A trio of Fast Food inspired clown heads …. Creepy.

Carelessness can also be damaging as certain power-ups and abilities will have a downside and once you equip them, they can’t be turned off. This again does spice things up, with some annoyance at times but overall, adds a nice bit of high risk, high reward, and elevating tension. You are not told what a power-up will do on face value and there's a nice bit of tension there as well. You'd either have to keep taking chances or write the descriptions down. Which I did and I kinda like it when a game makes me do some legwork outside the game. 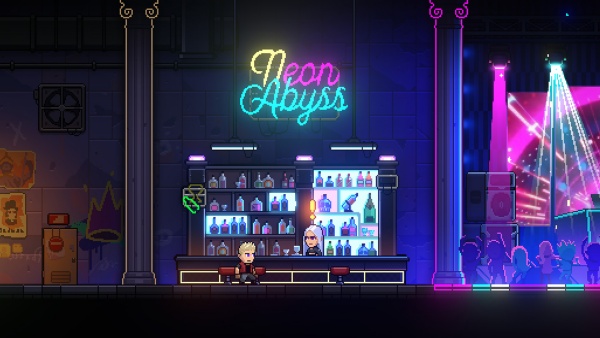 Although some of the eggs and power-ups became annoying and not having the means to either get rid of them or change them was irritating at times. It was even more so when some of these power-ups or eggs didn't really add any benefits, to begin with. Dead Cells has it's high-risk items, such as a sword that means carrying it could result in a one-hit kill on the player. But it will be massively powerful. Here, we have the likes of Peter the cat, who turns hearts into moldy hearts. Moldy hearts have either a positive or negative effect, namely, you either gain health or lose it when you pick up a moldy heart ..... why?

Why would this be so great to include? It just makes a negative effect without a real positive. If it dropped an item, cool, but it's either gains the health you would normally or loose more .... again, just an odd power up and there are a few sadly.

Aside from the five managers to beat, you have a ton of unlocks to work towards. In order to get these unlocks, you need to defeat bosses who drop these nifty gem/tokens that can be used to unlock another power-up, special room, mini-game, or rule that transforms some major element of the journey.

There are eggs as well which hatch into colorful critters that help out in battle, provide special perks, or (my favorite) grab items from afar. This little guy is known as the Grabber… which is a mini Donald Trump ….. how cute.

Plus there’s a weird system where if you inflict pain on yourself via certain methods, you unlock an Aries chamber. Here you can sacrifice a heart for an awesome power-up! Or if you unlock certain chests and doors with gems, you get the Wisdom room. Here you can freely choose between two pretty good power-ups. Plus there’s more like Faith Tokens and mini-games which are all pretty good and have a nice bit of variation.

So there’s plenty to like here, with multiple events, systems and power-ups that truly make the game exciting. 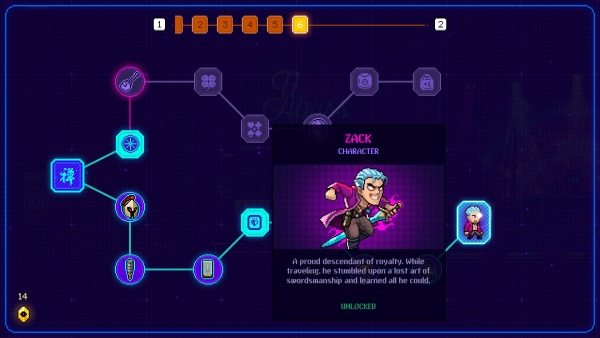 Neon Abyss is extremely repetitive and has the most grind I’ve played in a game since Shadow of War. I am sorry to say.

So first of all, a lot of the environments look too similar and there’s no vast distinction between them, except some colour palette changes and the odd detail here and there. There is just a general lack of interesting variety. Some rooms look cool like the Aries chamber, but otherwise, the game world overall looks a little dull, uninspired, and just generic for a dungeon crawler type of game.

There are only a handful of bosses, so on repeated playthroughs (and there will be many of them), you’ll end up seeing the same 5/6 bosses and some of the managers over, and over, and over again. Which is even more annoying as to unlock new rules and special rooms, you'll need to beat them over and over. Then there's the progression ...

Progression and unlocks is the worst offender here, however. To unlock new power-ups and rules, you have to do it via a skill tree and with the tokens collected from bosses. You get one token per boss and most stuff will cost 5 or 6 tokens, to begin with. Soon enough, you’ll have to spend about 30 tokens to unlock a character and at times, I was locked into a path where I had to save up and spend 30 or 40 tokens to continue.

I bring this up because you could spend an hour or so, to collect 8 or 9 tokens. Doing the same dungeons and defeating the same bosses over and over again is not fun. More so when you want to unlock new rooms and rules to change things up. Simply put, the progression is painfully slow.

If the developers could seriously patch the game so that bosses could give more tokens or tokens could be found in treasure rooms or secret areas that would be massively helpful. There’s a lot to unlock and some of it is really great and helps evolve the game. But getting the tokens to unlock stuff is just dire and a pure grind that will kill any motivation. Dead Cells does a great job at progression which Neon Abyss could learn from.

Neon Abyss is an extremely fun Rogue-lite/dungeon crawler that has plenty of charm, bright lights and power-ups that would make Mario blush. I do enjoy this game but .... it’s held back massively by its grindy nature that really holds it back. The progression is slow and thus, players will lose interest in having to play the same game over and over just to get a new power-up. It is worth checking out now, but be cautious of the extreme grind in the Neon Abyss.

++ Extremely easy to get into and a lot of fun
+ Lots of awesome unlocks, gear and power-ups
+ Some of the eggs are quite cute
--- Progression is very slow
- Some power-ups have major negative effects and nothing to balance them out
- Quite receptive in regards to environments

A PS4 copy of Neon Abyss was provided by the publisher for the purpose of this review.