At the time of writing this, F1 has finally returned to our screens as millions of fans across the globe rejoice. It’s also perfect timing as the latest in the F1 gaming series arrives onto the scene as well! That’s great news for all. Well, that is if you’re an F1 fan. I’m been out of the F1 loop for quite some time and my tastes have moved onto racing games that are much more arcade-like in nature. So I’m curious to see if this title could lure in potential new fans like me and keep old ones entertained as well.

What’s it all about? 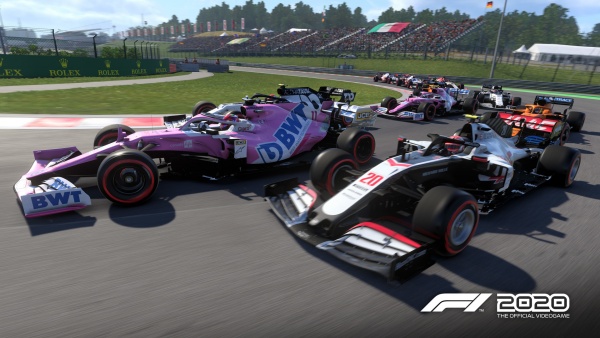 Well it’s F1, what else could it be about? It’s about the intense and thrilling races between true champions of the sport. The spectacle, the cheering crowds and of course the beautiful people and places they venture to. This is another season of F1, taking players across the globe to race across a number of events, including the almighty F1 tournament. You’ll create your very own racer to enter a number of tournaments from the Grand Prix, F2 and F1, in a bid to take home the grand prize.

That’s really all the back story I can offer here people. It’s racing, plain and simple and in it’s purest form.

What’s the deal with F1?

F1 is part of a shortlist of high end racing games that settle for grounded physics, organic in execution and rather than allowing players to smash their opponents and collect colourful floating tokens on the track, we get reality, or at least as close as possible to reality.
Codemasters have always excelled when it comes to their racing games and high level of organic details which make them stand above the rest. Aside from the ground nature to its racing, pushing the ideology of a more serious racing game, there’s plenty to admire with this latest entry.

For starters, there is a heap of game modes to try out, including the classic time trials, the number of expansive tournaments to take part in and there’s even split screen, which is a welcome sight considering most games with multiplayer, don’t offer split screen.
F1 2020 is a massive step forward in the series since my departure from it many years ago. There’s a great level of customisation here, allowing you to fine tune most areas of presentation. It is a shame that the “character creator” couldn’t be a little more advanced, as it’s not much of a creator at all, but rather a pick and choose from a pre-generated line up of racers. 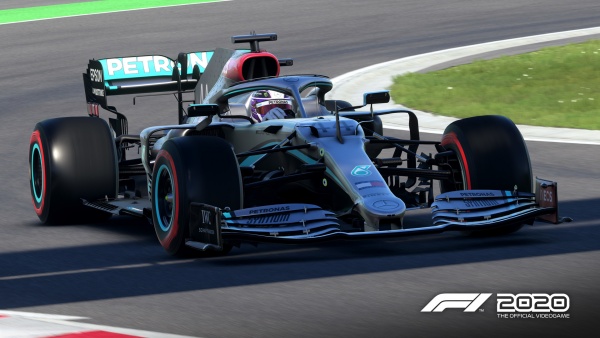 However, it’s all about the racing at the end of the day and its good news. F1 2020 is mechanically solid and very enjoyable, even to those like me, who prefer racing games which lean towards an arcade nature.

What I feel is the strongest aspect to F1 2020 when it comes to new players is the vast depth of customisation towards the difficulty. For those who’ve not played an F1 game in a while or never have, they can rest assure that this is a user friendly experience to new comers, for the most part.

While there is a no proper tutorial as such to show you the ropes in great detail, there is the opportunity to change so many factors to increase or decrease the difficulty. Everything from a quick restart onto the track if you go too far off it, increasing the effort needed when going around corners and the visual markers on screen to aid you around ever bend, there’s something for every aspect of the race.
I do highly appreciate and praise Codemasters for their efforts in designing a serious racing game that is functional and welcoming to all gamers. When I first picked up F1, I was rubbish and had no sense of grace or focus when I was on the track. Corners were my biggest problem, but with the adjustable difficulty (or more so adjusting the game’s mechanics to be more comfortable for all users.) I was able to understand what I should do and how to execute it properly.

Again, there’s no real guide or step by step tutorial on how to break, changing gears and so forth. But the adjustable elements do allow players to ease in and overcome any pressures they might feel. While this is certainly a game for fans who, most likely have been with the series for quite some time, it’s nice to see the means and methods to allow new players in. 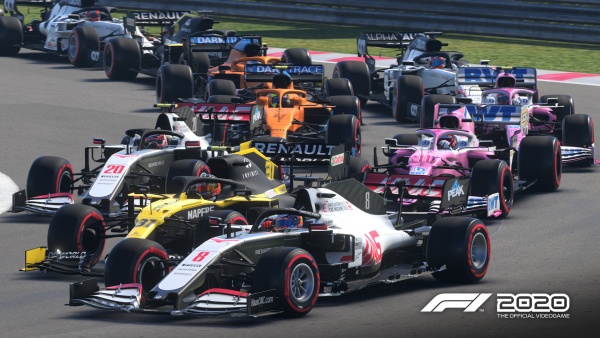 What else stands out?

F1 2020 is a thrilling and intense experience no matter the track or game mode. Racing feels pretty tight with control never feeling out of grasp. The level of detail in the aesthetics was pretty awesome, with small details such as water and dust on your helmet really adding a lot in terms of presentation and the intensity. With a throwback to my previous point, certain things such as AI and weather can be adjusted, so if you’re feeling up for the ultimate and most brutal experience then go right ahead!

Aside from the racing, there’s also a sense of professionalism with your career, as you’ll be able to speak with the press and this can lead to how you’re viewed by the public eye and those all-important sponsors! So if you want to keep people thinking you’re the golden child of racing and get that sweet sponsorship deal money from DHL, then keep them sweet. Otherwise you could just be a right d*** and not give two craps. I did enjoy just being a douche at times and cutting corners when I could (sometimes by accident, sometimes on purpose), but remember, it will come back and bite you on the butt!

My only gripes with F1 2020 really boil down to the visuals. Now I do appreciate the level of detail when it comes to particle effects, the weather and how everything from the tracks to the cars has been pain-stakingly crafted. I just found that this wasn’t as impressive to look at, than say Forza. I never found the scenery breath-taking or awe-inducing as some of these tracks are set in some of the most beautiful places in the world!

I also found the destruction effects a little lacklustre, as in they lack any impact of effect. I’ve seen games such as Grid which when you hit a wall at top speed, you felt it. F1 nails most of the aesthetics but when it comes to crashing, it’s a little uneventful and sometimes a little unrealistic. But overall it’s works and everything looks fine.
But I do praise the team who crafted every single car in the game, for their attention to detail. 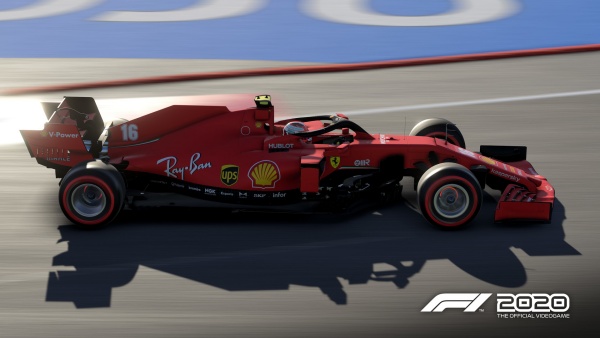 So F1 2020 is a damn good racing game, whether you’re a fan or a newcomer. I talk more about this as someone who’s not been part of the series for quite some time. But I’m happy to see that the developers have made sure to keep everything as tight as possible when it comes to the racing, adding a couple of interesting dynamics here and there and above all, making it accessible for all types of gamers and racers. I do wish there was a proper tutorial and better visuals, but these are small things and overall, this is a pretty great entry to a legendary series.

++ Solid, engaging and fun driving mechanics
++ Great at easing in new players
+ Small details and effects look amazing and add to the immersion
+ Some cool dynamics to keep the campaign interesting
- No proper, fleshed-out tutorials
- Could have done with being prettier

A PS4 review copy of F1 2020 was provided by the publishers for the purpose of this review.