Now it’s time to move onto reviewing the console collection of the legendary Darius series. The side-scrolling action-adventure series which I again never heard of, but it was for good reason! While Darius and its repackaged titles were popular in the arcades, many of the games were then re-repackaged for home consoles. So if you’re in for another blast from the past, intense side-scrolling action that only the 90’s could provide with several top titles in one package, then look no further. 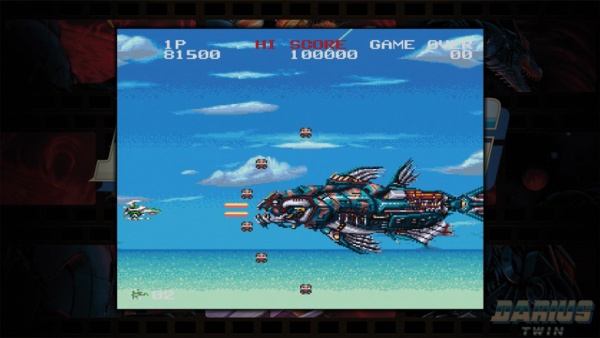 The Darius series is a thrilling set of Sci-Fi themed, side-scrolling action games, where players will take on the role of a fighter pilot manning the epic fighter spacecraft “Silver Hawk”. The mission, traverse through a wide range of environments and battle a strange alien race for the salvation of the human race.

It’s mostly the same as what you get with any number of side-scrolling arcade shoot’em ups. There are pretty visuals, lots of action, plenty of enemies to kill or be killed by (and in most cases be killed by) and a wide range of weapons, power-ups, and bosses to tackle.
This collection focuses on the console releases in the series, some of the most compelling of its kind. The collection consists of Darius II, Sagaia (Sega Genesis and Sega Master System), Darius Twin (Super Famicom and Super NES), Darius Force, Super Nova, Darius Alpha and finally Darius Plus.

So in total there are nine retro classics in one package. Nice!

What the Collection does well

Now some of these titles are ports, others were originally developed for consoles in mind. As the home consoles in the late 80’s and 90’s were booming with the likes of the NES and SNES.

These games feel more accustom to the later games in the arcade collection, feeling more fluent, action pack, and a little less taxing on your gamer nerves. There feels as though there is plenty of breathing space, but also the manic and unforgiving nature at times, meaning you’ll always have to stay on your toes as you blast your way through 26 levels of pure action.

While each game is very similar in terms of gameplay, they all have some variation in tone or design that makes them feel slightly different from the last. For example, Darius Force and Super Nova allow players to pick a ship from a selection, each ship has it’s own perks and abilities. This was a nice addition and one that didn’t get included in many other games. 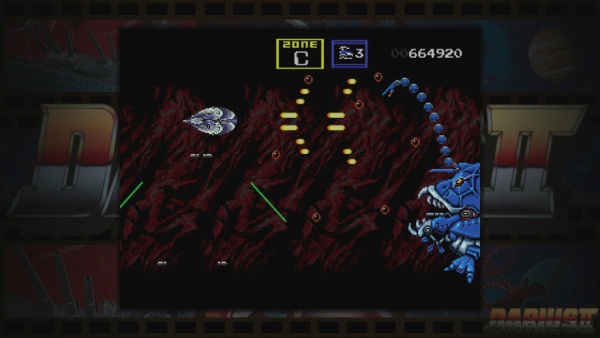 Darius Force and Super Nova offer a few different modes, including Boss Endurance, Score Attack, and Time Attack. The latter modes are Present on Super Nova, making it the most compelling game out of the lot. Then we have Darius Plus, which is the original console version of the very first arcade game. It has been toned down but still looks great and plays fine.

Visually speaking, most of these games look pretty similar but offer different tones and atmosphere. With some the games such as Sagaia and Super Nova, feeling a little darker while Darius Twin and Darius Force being more colorful and family-friendly in tone.
All the games look great apart from Sagaia for the Master System. This version looks and feels awful, with the backgrounds being a real problem. I did feel as though the chopping, low-resolution backgrounds would give some players motion sickness.

As mentioned previously in my other review, what made Darius a little more interesting are certain enemy types and bosses, many of whom are based on aquatic creatures. This may not seem like much, but at the time and even now, many of these bosses were pretty neat and different from the competition. I love other games like Contra, but you could clearly see where they “borrowed” elements from popular movies to create their bosses, like having giant Terminators being the standout. Darius at least took a different approach and had a pretty interesting field for their influence.

Some of the designs are pretty creepy or look almost Love-Craftian, but many sea creatures, especially those closer towards the seabed do look alien and just otherworldly. 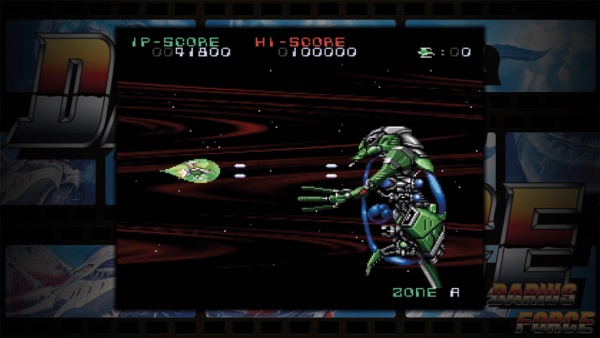 Darius also implements a pretty compelling path system throughout the campaign. You’ll start in Zone A and at the end of this Zone, you can move onto one of two possible Zones. This structure continues and results in a total of 26 stages to complete and there are even multiple endings. For a series born in the mid/late ’80s, this was hugely dynamic and impressive.
It’s great to see such passion going into a game that offers an epic adventure, with lots of replay value. There’s plenty of action, plenty of bosses and a huge campaign to play, what’s not to love?
Is this the deal of a lifetime?

So, as these collections of retro games are becoming more and more popular, it’s worth asking if they’re good value for money. Now I did mention in my other review for the Arcade collection that the price might be a little steep for people who aren’t massively into these types of retro games. Whereas the Konami collections are a fair price and offer some solid titles, the Darius collections have some limitations. The collections are solid, but this one in particular shows a flaw. There is multiples of the same game which have some small variations or even be a downgrade and inferior version in the end for a couple of titles. Plus, unlike the Arcade collection which gave all the games a training/special mode to play, not all the games in the console collection offer something like this. But for some of the titles, such as Darius Force and Super Nova, you get the boss battles and other game modes.

But still, looking at it as one package, there’s actually only 5/6 games of real interest and the asking price is pretty high! 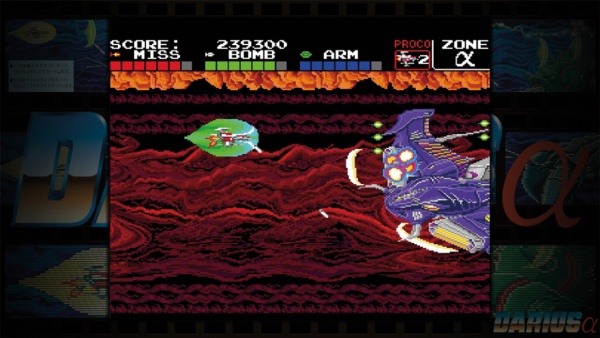 The Darius console collection is still a good deal of fun, with some much-needed game modes missing from the Arcade collection. But this collection again lacks extra content, some of the games are inferior and the asking price is pretty steep. I would recommend this for any retro fan or those interested in the classics. But maybe wait for it to be in the sale.

++ Solid collection of games, some with neat game modes
+ Most games have nice presentation and tweaks
+ Interesting dynamics that make it stand out in the genre
- Some of the games haven't aged well visually
- Lack of extra content and asking price is pretty high

A PS4 review copy of Darius Cozmic Collection: Console was provided by the publisher for the purpose of this review