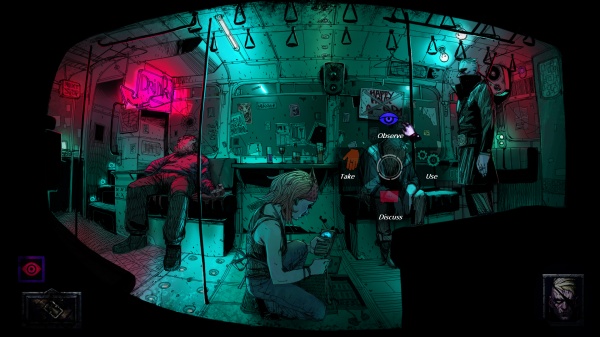 The Blind Prophet is an overwhelmingly dark tale of corruption, faith, and straight-up murder. You play as the blind one himself (well he’s got an eye patch so, half-blind technically?) apostle Bartholomeus as you carry out his divine mission. That mission you ask? You must liberate the corrupted city of Rotbork, by killing a number of demons who lurk in the shadows, spread corruption where they can and devour those who stand in their way.

Bartholomeus arrives into Rotbork on quite a bleak night and right off the bat, he thrown to into an investigation as he helps a young woman from being attacked by a demon. Things get weirder as he sees that the demon he has just slain is much stronger and its origin is unknown or more so, it should exist. So from here on Bartholomeus is trying to uncover the mystery of why Rotbork has fallen in such harsh times, why people live in fear and why are there those who prey on the weak in such a degrading and vicious manner.

The Blind Prophet’s story is visceral, calculating and very engaging after the introduction stage and across the following acts; things get weirder, darker and more intriguing. Bartholomeus while a simple enough protagonist for us to follow, but has a range of emotional responses and charm that carry him through the journey. He’s level headed throughout most of the story, has a joke here and there and often this sense of righteousness that doesn’t come across overly smug or diluted. I think he was fine, the supporting cast while a little underdeveloped were fine and the villains added a layer to intensity and danger which kept me invested. 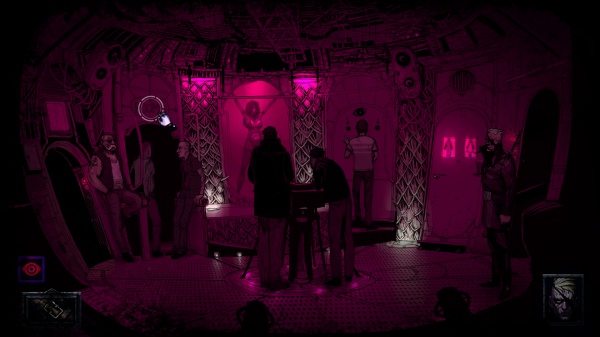 I won’t go any further as there are some surprises which are worth seeing for yourself. While not a massively cleaver or complex tale, it’s one that offers a satisfying concept, interesting leading character and above all a good mixture of dark and light elements. Something Zac Snyder should really learn from.

Now for the presentation and okay, hands down and you all should know this. But this was all drawn out by one person. Well, the whole game is pretty much done by one person. Visually speaking, if you like comics (and who doesn’t) then you’ll love this. Everything is drawn out like a beautifully illustrated graphic novel. Looking the part of an edgy, highly detailed yet colorful comic you’d see published by an indie studio. The artist has some serious talent and the use of colour was highly effective, conveying dread, sexualization and other complex themes to make the city of Rotbork feel more alive. The sound design is nothing major but overall adds to the complexity and organic nature of the images that make up the world and essentially the game.

Now for Gameplay! The Blind Prophet’s core gameplay revolves around exploring a hodgepodge of different environments to either speak with various NPCs in order to gage more on the story to learn clues that will come into play later. You’ll mainly explore, find a new area, come across a problem and have to do some investigating/further exploration to resolve it. Basically this means you’ll do some backtracking, explore the current location a few items and piece together from clues and discovered items the solution. All straight forward stuff, but it’s wholesome and highly rewarding if you’re really into lateral tasks and exploration. Thankfully mainly of these obstacles don’t go on for too long and many of them are resolved within a small collective of areas, such as a couple of rooms. 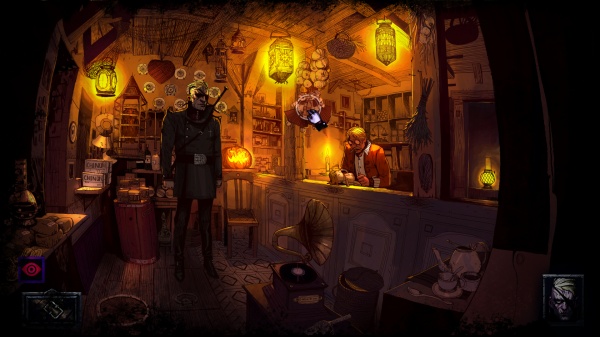 Seeing how everything flowed and was pieced together made me realise that the developer obviously loves Point and Click Adventures. They’ve taken everything good from the genre as humanly possible and done what they can to leave out as much of the crap that came with it as well. I love games like Sam and Max and Broken Sword, these were personal favorites but I’m not going to act like they were perfect. There were some big problems and often a few instances of Moon Logic (Google it, but long short of it, this is when the logic or solution to a puzzle makes little to no sense). Thankfully The Blind Prophet doesn’t resort in cheap tricks or solutions to puzzles that seem totally baffling.

But on the other hand, the game is a little too straight forward and thus a little easy. This really is a subjective point of view but anyone who has not played a single point and click adventure would be the person to find this difficult. Even with basic knowledge, you could get through many of these problems the game presents and often enough there is plenty of help to guide you through, for the most part.
I appreciate the developer doing this as clearly they hated the same elements in point and click adventures as we all did back in the day. But this felt like overcompensating and thus makes the game a little easy for veterans like me. But the game still has a healthy amount of challenge as some of the puzzles are executed very well, with only a couple feeling a little overly complicated but most are just the right amount of challenge. There are also “set pieces” where you need to complete a number of actions or a short puzzle or two in order to survive. 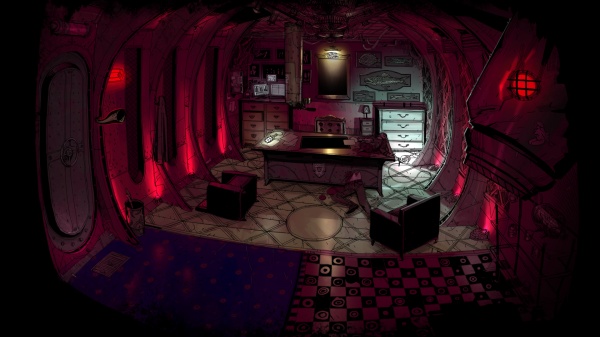 There’s a lot of moments like these and their really great. But I will say that The Blind Prophet could’ve implemented an interesting way combat is presented. For the most part, it’s through cut scenes and no, I don’t think QTE’s would’ve worked. But something else should’ve been there.

In Broken Sword, there are a number of set pieces that aren’t combat-focused per-say but feel like you’re included in the action. One of my favourites was the end of the game where your character is trapped between two groups of cultists and you got a stick of dynamite. Long story short, you manage to trick both groups, light the fuse and run like hell, before the climactic end of the game. It’s not much but to do this before the actual ending was amazing!

Here you see Bartholomeus swing his sword about and do the deed. It’s nice visually but after a few of these, it just feels a little uneventful. Granted there are set pieces with some of these encounters but I feel there was a little more needed just to add to the suspense or just to make the scene feel more alive. Rather than just reading a comic book.

But aside from these small issues, The Blind Prophet is great. I personally think this is a gem to start 2020 with and I hope you all go out and play it. The visuals are amazing, the story is pretty engaging and the gameplay while simple is highly satisfying and easy to dive right into. While it’s not action-packed, explosive and maybe a little too easy at times, it’s still worth checking out!

A Steam review copy of The Blind Prophet was provided by the publisher for the purpose of this review.