Over the last decade we’ve seen the rise of cinematic journeys often shown via a side-scrolling perspective. This is all due to the smash hit Limbo from the infamous PlayDead studio. One of the latest to come out is Stela, a cinematic venture through the end of the world. It takes many notes from Playdead’s INSIDE and adds a few dynamics of its own. While removing some of the darker tones of INSIDE, Stela manages to excel above what many others have tried to do, beat INSIDE at its own game. How well does Stela do and does it beat INSIDE as the ultimate emotional venture? 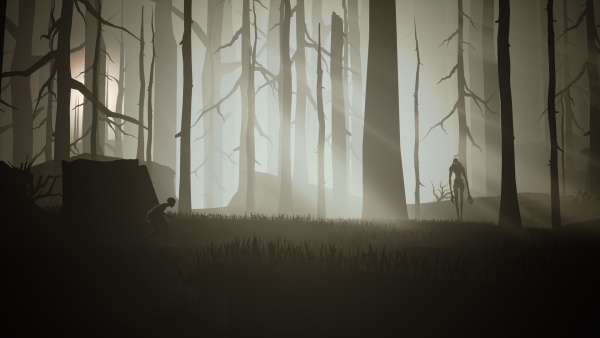 Stela has an intriguing story that focuses on a single female protagonist who awakens within a cave deep underground. What seems to be the beginning of a weird day suddenly becomes a journey of discovery and survival as it seems like the world is coming to an end. Our voiceless protagonists ventures through deserted farmlands, burning forests, isolated mountain retreats and underground temples to a climax which resembles something from 2001 Space Odyssey. While there’s little clarity on what the hell is going on, it is still very interesting to see such a bold journey unfold. Every location feels as though it has a purpose and offers an insight to just how the world is collapsing. Even weird moments where archers are firing flaming arrows, like a scene from A Plague Tale even fits the tone and setup in a rather odd way.

What Stela does well is allow each environment to deliver an interesting component towards gameplay, whether that’s for combat or the lateral side of things. So in one area you may have to use a source of light or loud sounds to scare away certain enemies. In others you may have to evade complex traps and use stealth in a decaying forest to avoid a terrifying new enemy. Stela has a great flow and through level you’ll see a new type or terrain/environment and encounter a new type of foe, but a means to defeat them as well. There’s also a couple of set pieces which really stand out, one of the near the end where an elevator your riding to the top of a mountain is under attacked. It’s been done before but it combines stress and lateral elements to make a thrilling event. 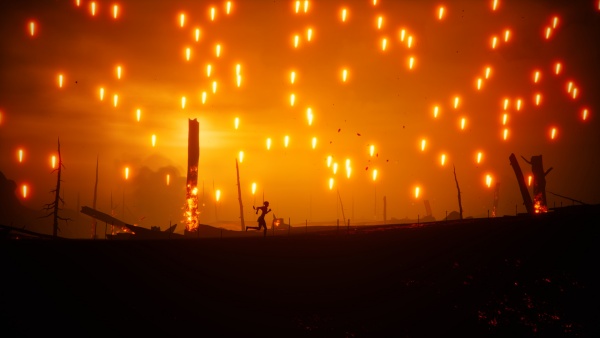 But there is a little problem with Stela on offering so much through the journey. So I am going to compare Stela to the game it’s trying to impress, INSIDE. Stela does offer a nicer variation of locations which are pretty stunning to observe and a good selection of events to take part in. But whereas INSIDE took it’s time to build up events and even build layers to them, Stela does rush through certain levels or ends them before they really get good. The first area features flesh eating beetles and at the end there’s a big one. It’s getting good but as soon as this large beetle arrives, the levels over with no thrilling end to it. It’s like if Limbo showed you that giant creepy Spider and just said, there you go that’s it. What made that encounter so powerful was the prolonged cat and mouse chase you had, how it built up with the spider hunting you down and ending on a triumphant victory when you killed it. Stela doesn’t have a moment like that, nor does it build on anything to that exciting level. The smaller moments are very good like as mentioned previously the elevator scene.
But Stela shows a glimpse of something that could happen and that might add an extra, enthralling layer to the journey and decides not to follow through with it. Again it likes if INSIDE just ended the encounter with the creature in the water just after you met it. There’s little point to even have it and it would’ve taken away from the overall journey. Still there are plenty of good moments but there are also a few missed opportunities for a thrilling moment, set piece or climax.

The story itself is very interesting and ends on a similar note to INSIDE with a profound and art house style ending. It may make many gamers question what the hell just happened and indeed it’s not as well executed as INSIDE. But it’s still fascinating and does make you think. As I said INSIDE’s ending is now infamous and does have a wonderful message. Stela offers some compelling questions but also a bit confusion. 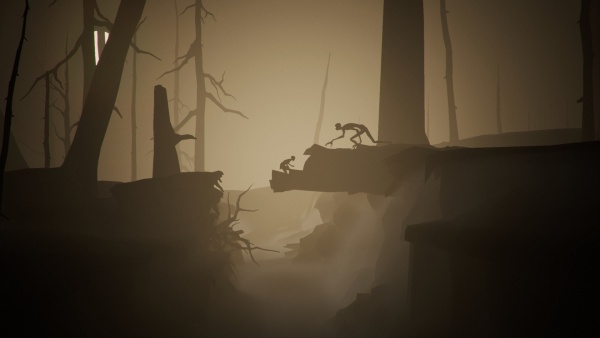 In terms of controls, Stela is pretty easy to grasp and offers a world which feels three dimensional. You’ll be able to climb various surfaces, structure and interact with a number of objects which seem part of the background. Some ledges and climbable surfaces aren’t clearly visible and it can take a few moments to realise there’s even a ledge behind you to climb. But Stela’s world is stunningly beautiful, with great care being put into designing the large number of environments and the score/sound design is simply breath-taking.

Does Stela beat INSIDE at its own game? No, but does a good enough attempt to make it stand above all the rest that have tried as well. It’s visually stunning, has a great soundtrack, simple yet engaging world design and control with a ton of events for gameplay. It’s got a good mix of lateral elements and exciting set pieces to keep you fully invested. Aside from a few flaws, Stela is truly memorable and a journey you should definitely take.

An Xbox One review copy of Stela was provided by the publisher for the purpose of this review.