CrossCode for Nintendo Switch and PlayStation®4 will be available in all major retail stores in Europe and North America starting from August 28th 2020. Furthermore, the exclusive and limited SteelBook® Edition and Collector's Edition are available only at Strictly Limited Games starting today. The digital editions can soon be ordered in the Nintendo eShop and the PlayStation Store and will be released on July 9th 2020.

CrossCode is a retro-inspired 2D game that comes with a captivating sci-fi storyline and silky smooth physics. Magnificent worlds and a fast-paced combat system are combined with outstanding puzzle mechanics and lots of options for character growth. A strong main story and lots of side content allow you to spend up to 80 hours in the detailed, nostalgic pixel world.

CrossCode is set in the distant future, where you follow a player named Lea. Lea logs into a fictional MMO called CrossWorlds. Lea suffers from memory loss and is mute. The path to regain Lea’s memory is to play CrossWorlds, discover all the game locations and meet other players. Bit by bit as Lea’s memory returns, the mystery surrounding CrossWorlds will unravel - and you will discover why a mute player is stuck in this game in the first place.
CrossCode had seven years of community-driven development behind its creation and was hugely anticipated by a strong fanbase before its successful release on Steam. 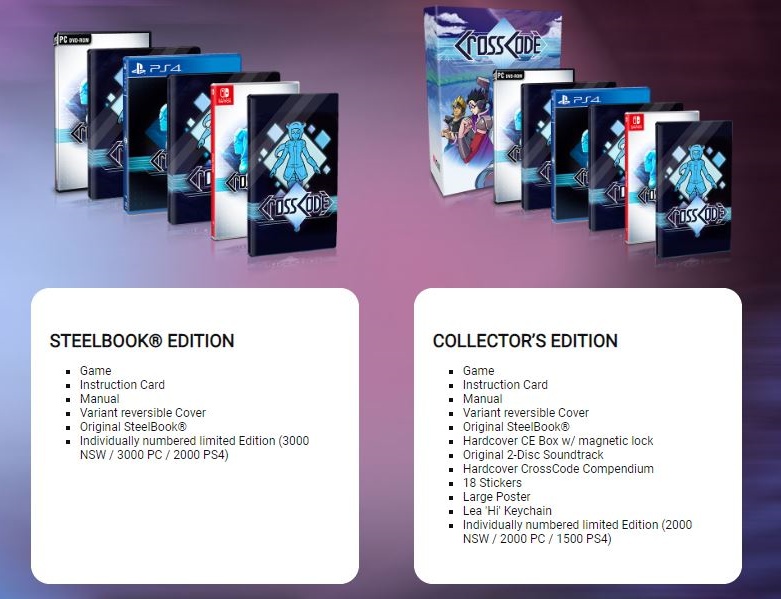 You can place your order via the following link at Crosscode's home page: https://crosscode.inin.games/