It's finally here, and about damn time! Left 4 Dead 3 .... Well, not exactly. But we finally get the next game from the legendary Turtle Rock studios! Which so happens to be a blood-soaked zombie shooter with co-op! No before everyone goes "Bah another zombie game?" which I have to reply "Don't we gamers just love zombies no matter what and we do, don't we?" This one is pretty damn good! Well from the first impressions of the Alpha that took place the other week. I can say we have a good feeling about Back 4 Blood and here's why.

What is Back 4 Blood?

Back 4 Blood is Turtle Rock Studios' return to co-op shooters after 2015's Evolve. This is many ways is a spiritual successor to their critically acclaimed co-op shooter Left 4 Dead from 2008.

Back 4 Blood is set to be a thrilling cooperative first-person shooter that brings players into a world torn apart by a deadly parasite that has turned most of the human population into terrifying creatures bent on devouring what remains of civilization. So with the end of the world pretty much on your doorstep (like 2020 part two pretty much), it's up to you and 3 friends to rid the world of this parasitic scum and bath in gallons of blood!

Expect zombies, from all shapes, sizes, and differing body odors, including extremely rotten flesh, plenty of blood, bullets, and mayhem as Back 4 Blood sets eyes literally for your blood!

What did the Alpha offer? 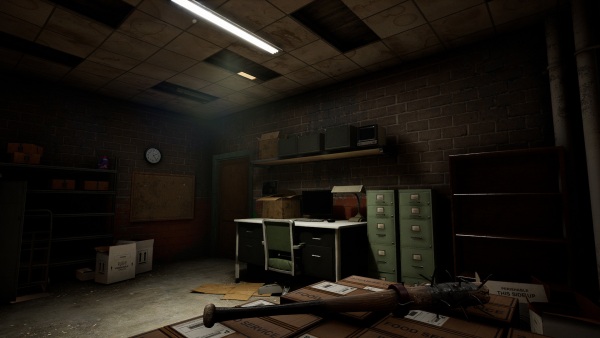 We managed to get a chance to see the first chapter of Back 4 Blood, which took myself and a couple of buddies through a rural area of the US, featuring a Saw Mill, Truck Stop, and along a nice coastal area featuring a shipwrecked ferry boat which nested hundreds of zombies! Great.

The objectives were simple, being that players had to make it from point A to point B with as few bites and scratches as possible. Very similar to that of Left 4 Dead. With a vague resemblance of level design and gunplay. We saw one of the main bosses in the game, which is the giant orge featured in the reveal trailer, and an objective for the final part of the chapter, which saw us having to rig explosives to the forementioned ferry boat.

Pretty simple yet highly enjoyable for a number of reasons.

What works so far in Back 4 Blood? 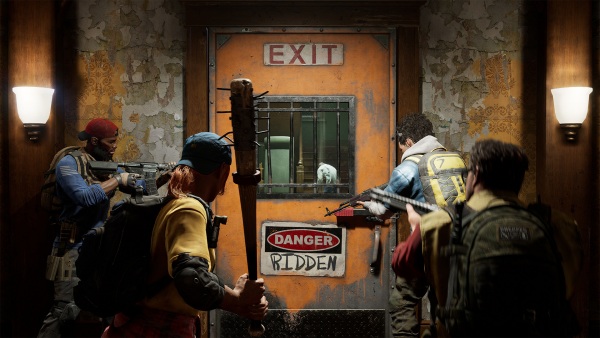 Gunplay has always been a strong point for Turtle Rock, combining brutal encounters with impactful weaponry and the right amount of resource management and ammo conservation to make sure the intensity remains high. You have all the classic firearms here from pistols, shotguns, rifles, and more. Plus grenades/throwables to deal some serious damage to groups or bigger foes. There was a nice selection of weapons and gadgets here to help deal with the zombie hordes but nothing that really stood out so far. I'd like to see more special weapons in the final game, again giving a high risk/high reward factor to certain encounters. Like a high rifle or RPG to deal with the bigger foes or a massive group of zombies potentially.

But it's also about teamwork and making sure players work together, backing each other up, and taking on key roles to ensure survival. There will always be a scout who's keen on exploration, the heavy to deal the most damage, the long-ranged fighter to keep an eye on what's to come, and the all-rounder who help thin out the waves. Work together or die alone is the best way, to sum up Back 4 Blood's nature.

The level design in Back 4 Blood was pretty well laid-out and tight, offering a good amount of freedom to explore and be tactical when the time called for it. While it's not on the same level of exploration as say The Last of Us, there were plenty of hidden secrets and alterative paths to take, which gave a high risk, high reward situation at critical moments. From the get-go, there were plenty of areas to discover which weren't necessary to find but offered key items and resources to help out later on. Again the teamwork aspect worked well here as if you venture off too far by yourself you could meet a rather gruesome end.

The level design also had that certain magic Left 4 Dead had where you would always find the path you needed to go with visual clues and overall a clear layout. But it never felt massively linear or straightforward. Encounters varied and would increase or decrease in difficulty depending on the Game Director's mood. This would often lead to some epic battles but also at times, felt massively overwhelming, more on that later.

But Back 4 Blood does break up the action and hordes with different tasks to complete that vary from surviving a horde, dealing with a massive boss, or finding a switch to that help open up a new path. Turtle Rock took notes from Left 4 Dead 2 and implemented more variety to their setpieces and tasks which revolve around more than thinning out a mass of zombies. 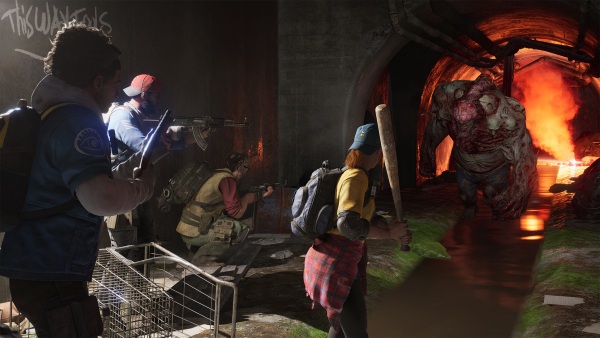 As mentioned, there was a massive orge that caused a few problems during me and my team's escape. Ripping off the gate to a tunnel or reaching through a door to try and grab one of us, made a thrilling and nerve-wracking series of encounters. But there are others to be fearful of, such as the Retches who spew nasty bile all over you and the team, Bruisers who are massive f*** brawler types that will smash you to bits, Sprinters who are very fast and Hockers who stick you in one spot and can f*** right off!

So a nice selection of zombies to kill you and all were pretty interesting, offering a different behavior and pattern of attack, making sure you had to keep on your toes in each encounter. Although often enough, there would be moments where all of these guys would show up at once and things quickly ended up badly for us. It basically became a massive cluster f*** (sorry for all the F-bombs). Again more on this later on.

But with the right team and prep, you could manage to pull through and cap a few of these big boys in a couple of well-placed shots. The sound design is something that can work in your favour, as it does in Turtle Rock's other games. Hearing that depraved cry or massive footsteps could save you a nasty ambush.

Looting and shooting ... and cards!

So Back 4 Blood sounds pretty much on par with Left 4 Dead, except it has a few cards up its sleeve. Quite literally it has cards. These cards will modify the encounters and overall gameplay factors that could mean you deal more damage with fire or headshots, or suffer bigger hordes and fewer resources. The card system does add a massive amount of replayability and certainly changes the pacing enough to keep gunplay and survival engaging.

Never did it feel unfair or complete BS when we were dealt with a rotten hand, as we would also get a decent card that really balanced things out. Meaning, we could deal more damage by hitting the weak spots or of the bigger enemies and using fire, but they would be more in force and in greater numbers. So it keeps things interesting and the different mixes of benefits and negatives can lend to some intense moments.

I hope that the card system is expanded upon and more cards are added, which is completely insane! Like having multiple orges, or one-hit kills zombies but also one-hit kills you or everything runs really fast! Just have cards that make no sense but could lend to some amazing and hilarious moments maybe.

Also, you can get coins! Coins can be used at the start of each area to buy weapons, attachments, upgrades, and gear. This is nothing new in multiplayer games but does lend to the desire to explore and can help if you fancy a change of weapons or gear. Making it a little more interesting than just having everything laid out for you in each area. 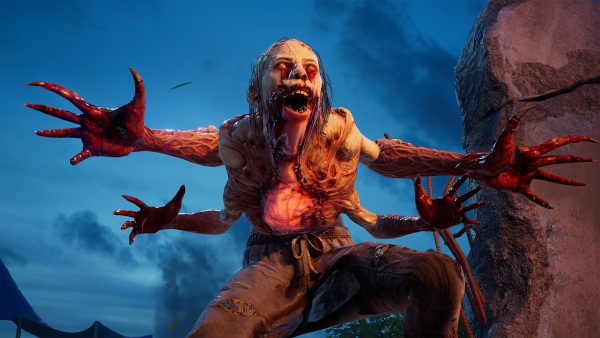 Okay, so a few times I've mentioned the difficulty and yeah, Back 4 Blood can be brutal at times. But that kind of overwhelming brutality that just makes you shout out "F*** right off". Now, Back 4 Blood and Left 4 Dead use a game director to control the hordes, the enemy count, and resources throughout each level. Do well and the game gets a little harder, do poorly and the game gives you a break here and there.

Back 4 Blood is for the most part, fairly balanced and doesn't give you too much trouble. But at certain other times, it feels like it wants you to lose and lose badly. I've seen players comment saying the balancing/difficulty just spikes to a ridiculous degree and I can vouch for that. At the drop of a hat you could be overwhelmed and not just by the basic enemies, but the harder ones too. I saw plenty of times, multiple large enemies just ramming me and the team into a corner and just making it impossible to move on.

Also, ammo can be a right pain in the arse to find. Usually, the ammo which is on offer is for weapons that players don't have. Carry a shotgun, well it's just sniper ammo for you and everyone else I'm afraid. Find a sniper rifle? Well, have pistol ammo then. It felt like the game director was being a massive troll at times and even when we were doing poorly, it just didn't give up.

Now, this didn't happen all the time and from my notes, it was only a couple of instances where this type of thing did happen. But when it did .... wow. Back 4 Blood just hit back hard! And even on a lower difficulty. Which is a problem considering that there's a life system in this game. Die too many times, you gotta start all over from the beginning of the chapter. Great.

While it's still early days, Back 4 Blood looks very promising. Turtle Rock has done what they do best and so far, it looks like a home-run when it comes out in 2021. Now the balancing does need to be addressed and I hope there will be more cards and special weapons in the final game. But what is on offer is extremely well crafted, lots of fun, and the co-op/teamwork/survival aspects are incredibly strong. I can see this being this generation must play a co-op survival game, with plenty of gore, guns, and epic encounters that will keep players engaged for years to come.

We're looking forward to the final game and hope Turtle Rock delivers another smash hit for 2021!